Every year in the U.S., approximately 15,000 Americans die as a result of asbestos-related diseases. This has been true since the 1930s, when it first became widely used in construction materials, ship building and automobile manufacturing. As it now stands 58 countries on this plant have banned the use of asbestos because they know – we all know – just how dangerous it is when the fibers are breathed in. 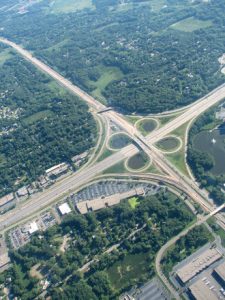 And yet, the U.S. is not among those nations because in 1991, a federal court overturned the ban on the substance imposed by the U.S. Environmental Protection Agency. However, it seems like we might finally change course on this when last yea, President Barack Obama signed an amendment to the Toxic Substances Control Act that would finally give the EPA the authority to prohibit the use of asbestos and ban asbestos imports. These plans were still moving ahead, despite Trump’s election.

But now, we have as the new head of the EPA a man named Scott Pruitt. There are a number of reasons for environmental advocates to be concerned about this pick, but one of those is the fact that Pruitt refused in a questionnaire from the Senate’s Environment and Public Works Committee to promise he would follow through with the asbestos ban.

The question submitted to Pruitt prior to his confirmation was framed in such a way that it mentioned the Centers for Disease Control and Prevention statistics that reveal between 1999 and 2014, some 63,000 Americans have died from asbestos-related diseases, like asbestosis and mesothelioma. The question from Sen. Ed Markey of Massachusetts was whether given this information and Pruitt’s expressed desire to protect workers, whether Pruitt would commit to making sure the agency would block the import and use of asbestos under the TSCA if he was confirmed.

Pruitt responded by saying that asbestos has been identified by the EPA as a “high-priority chemical” that warrants risk evaluation to figure out whether conditions of its use pose a risk that’s unreasonable He added that to prejudge the outcome of that evaluation would be inappropriate.

So we have the head of the EPA denying what we know to be sound science on this issue. We have many doctors, government health agencies and independent scientists who have confirmed time and again that there is no level of asbestos exposure that can be considered safe.

Perhaps this isn’t entirely surprising. Pruitt had previously said he was unsure if there was a safe amount of lead to which one could be exposed (there is not) or if the ban on lead in gasoline products was good for public health (it has been).

Many are concerned that Pruitt will work at Trump’s behest to being dismantling the agency, and in fact say that his actual work leading up to this nomination was to routinely undermine the agency he’ll now be leading. Some also cited numerous potential conflicts of interest in business.Almost 800 former EPA workers signed a letter urging the Senate not to approve Pruitt.

Those within the Trump administration say the agency needs to be cut down substantially and expansive regulations reigned in.