Asbestos has been used all over the world in many different applications for hundreds of years.  However, it was during the Industrial Revolution that began in the mid 1800’s when the heaviest use of asbestos began. 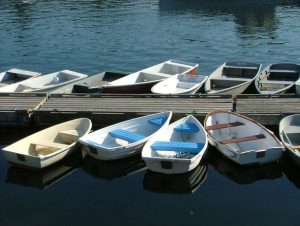 Asbestos itself is a mineral that occurs naturally and is comprised of six silica elements.  While it doesn’t seem remarkable at first glance, it can withstand extreme amounts of heat, fire, electricity and caustic chemicals.  It is also chemically perfect to serve as bonding agent in many applications such as construction adhesive.    The downside, as we all known today, is that asbestos causes a very aggressive type of cancer known as malignant mesothelioma.While it was used all over the nation, there were certain areas where it was used more heavily than others.  These are typically areas where there was a big shipbuilding industry.  As it turns out, Maine was one of these high-risk areas.  According to a recent news report from CBS News, Maine has the highest rate of asbestos deaths in the entire nation.  This may come as shock to many, but to those who are suffering from malignant mesothelioma and their families, the study results only state what they all know too well.  This recent study and report was conducted by the U.S. Centers for Disease Control (CDC).

There are a variety of reasons experts believe Maine is leading the nation in terms of asbestos-related deaths including those from malignant mesothelioma.  However, as our Boston mesothelioma lawyers can explain, many of these reasons also apply to other areas of New England, such as Massachusetts.

As for the extraordinarily high death rates from malignant mesothelioma in Maine, experts describe a perfect storm of factors converging in a single area.   One of the issues was Maine did have a very large ship and boat-building industry.  The reason we talk about boat building is because in addition do the military ships and submarines and merchant marine vessels that were built throughout New England, many smaller boats were constructed for the state’s lobster and fishing industry.  Many of these boats were constructed with deadly asbestos fibers used as insulation and fireproofing as well in many mechanical components.

Additionally, while the biggest asbestos mining operations have been in the southern U.S. and Midwest, there are also large asbestos ore deposits in Maine.  One of the areas that CDC researchers focused on was workplace exposure to deadly asbestos fibers because of naturally occurring asbestos ore in the ground.  This is another reason for Maine having the highest rate of asbestos deaths in the nation.

Maine is also a hot spot for this because it has some of the oldest construction in the country.  Many homes and other buildings were constructed during the 1930’s when asbestos was used in virtually every aspect of the construction process. Unlike other areas, there has not been the amount of renovations and asbestos abatement we typically see.  Many of these older structures are falling into a state of disrepair, and that leads to the presence of friable asbestos.  This is among the most dangerous types of asbestos as it capable of being crushed under the power of the human hand.