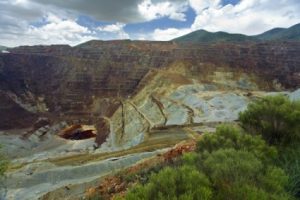 The soil was originally located at a hospital lot that was also located in Western Massachusetts. A construction company excavated the soil as part of a job being performed at the old hospital and was taken away by two business that sell soil on a commercial basis.  These companies have a business of hauling away soil from a job site and then selling it to other businesses and residential customers. This soil was later sold to various contractors, who sold it to customers to use as fill for their yards. Around a day following delivery of the soil, homeowners say they were contacted by contractors who told them there may an asbestos contamination issue.

At this point, the state covered the new soil to prevent dust from escaping.  As our Boston asbestos injury lawyers can explain, it is crucial to keep dust from escaping, because when people inhale these fibers in airborne dust, they can become trapped in a protective lawyer of tissue known as the mesothelium where they and metastasize into the deadly form of cancer know as malignant mesothelioma. If the soil is exposed to rain, it can also cause the asbestos to leach into the water supply.  Victims can also get malignant mesothelioma if they ingest the fibers as opposed to inhaling them. In these cases, the fiber can become trapped in the abdominal walls and develop a rarer, but just as lethal form of mesothelioma known as malignant peritoneal mesothelioma.

After the asbestos was covered up, the state sent in professional asbestos abatement workers to clean the soil while containing any environmental exposure to the fullest extent possible.  This process took about two weeks to complete.   It should be noted that the business who delivered the asbestos did not want to be named in the story, because they contend they had no way of knowing they had been sold contaminated soil and did nothing wrong.

This is one of the more difficult aspects in any mesothelioma lawsuit.  If a person is diagnosed with malignant mesothelioma, there is no real question that the illness was due to asbestos exposure at some point during the plaintiff’s life.  It normally takes between 20 and 50 years for a person to become sick enough to show symptoms and get a diagnosis, so we are typically dealing with exposure decades ago.  The issue is proving what company manufactured the asbestos in question and what job in which the victim worked led to the occupational exposure.

This is not to say that occupational exposure is the only way that anyone gets exposed to asbestos and develops malignant mesothelioma, but occupational exposure to asbestos is the leading cause of mesothelioma. We do, however, have many cases where people were exposed as a result of other family members who worked with asbestos and those who lived in homes with what is known as friable asbestos.

Soil with asbestos delivered to homes in western Massachusetts, May 25, 2015, By Ryan Walsh, WWLP News