Accused of increasing the risk of asbestos exposure in Southborough and Provincetown, three entities have been fined more than $35,000 for reportedly illegally storing the dangerous organic compound. 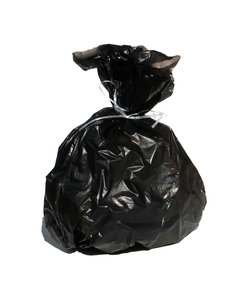 Our Boston mesothelioma attorneys are encouraged that the Massachusetts Department of Environmental Protection is actively pursuing such cases, though we would argue that in order to deter future violations, penalties should be markedly increased.

Here’s what we know of this case, as reported by state DEP’s information office:

They were all collaborating on renovation work, beginning in March 2010.

Investigators with the environmental protection office carried out an inspection on locations of the Trust’s properties in both Provincetown and Southborough. In doing so, they discovered that Schorer had not only conducted the improper removal of insulation and transite panels that contained asbestos from the Provincetown site, he then brought the waste from those materials to the Southborough site, where he stored it.

The site in Southborough was never approved for this purpose.

What’s more, the way that he stored it is alarming. It was packed haphazardly into regular, household trash bags that were ripped and unmarked.

When the inspectors spotted this, it was ordered that a licensed asbestos contractor be immediately brought on site to remove, package and get rid of all the items containing asbestos that were still on both properties.

The DEP’s acting director was clear in stating that not only property owners but individuals and contract workers who are involved in any type of renovation have to educate themselves on what their responsibilities are in terms of how they are required to handle asbestos removal and disposal. All of it has to be done according to very specific requirements. Failure to do so may not only result in severe fines, but could ultimately expose employees and the public to cancer-causing materials.

When a company or individual is completing renovation work, particularly on an older building that contains asbestos, they have to notify the DEP of their work.

In this case, the three entities will really only be responsible for forking over $4,000. The remaining $32,000-plus is going to be suspended, unless the companies don’t comply with the DEP’s requirements within a year.

Companies that might have questions about how to properly dispose of asbestos material can contact and consult with the DEP. Individuals who suspect that a company or individual may be illegally handling or dumping asbestos materials should contact the DEP and tell them as much information as possible, including who is involved, what you saw/heard/smelled, where it happened and when.

While a single incident of asbestos may not be enough to cause mesothelioma, renovation workers or residents living nearby may suffer repeated exposure that could leave them vulnerable.