According to a recent report from the International Agency for Research on Cancer, some 8,000 people in Britain who died from cancer had been sickened by some job-related factor – mostly having to do with exposure to asbestos. 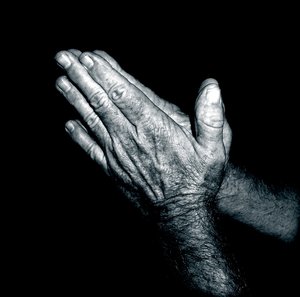 Our Boston mesothelioma lawyers understand that this accounts for more than 5 percent of all cancer deaths in the United Kingdom.

Given the fact the industrialization of that country compared to our own is so similar, we can expect similar results with regard to mesothelioma in Boston and across the U.S.

While asbestos was mostly abandoned in most products in this country by the 1970s, it remains in older buildings and products. The incubation period for mesothelioma is quite long – decades. This means workers who were regularly exposed to the asbestos in their line of work in the 1950s through the 1980s are just now beginning to get sick.

When it comes to mesothelioma, the study found that men were more often impacted than women. With regard to overall cancers, men were more likely to die than women (8 percent versus 6 percent). But mesothelioma doesn’t discriminate – it’s always deadly, no matter who you are or in what capacity you were exposed.

Researchers have indicated that this 8,000 figure was actually a conservative estimate. There are likely more individuals sickened in the U.K. by mesothelioma, but it either wasn’t diagnosed properly or at all. Partially, this is because it causes a swift decline in the patients health. Most who are diagnosed pass away within a year or two.

The World Health Organization said it’s probably that one in every 10 cancers is work-related.

That’s in line with the estimates offered by The U.S. Centers for Disease Control, which indicate that an estimated 10 percent of all cancers are related to some form of occupational exposure.

What’s even more upsetting is that a number of these companies continued to use asbestos, the organic compound that causes mesothelioma, long after they knew it was dangerous. They knew their workers would get sick, and yet they continued to use it because it was cheaper and more effective for their own purposes.

And that’s why our Boston mesothelioma lawyers fight so hard in these cases. Our mesothelioma patients and their families deserve compensation for the fact that there is so much they will lose – all for the greed of a company to which they had remained loyal, many of them for decades.

Across the world, it’s estimated that about 1 million deaths are caused by workplace exposures to carcinogens.

And while safety measures have somewhat improved, this should be a reminder to employers to remain diligent in their efforts with regard to worker safety and asbestos removal.

If you or someone you love has been diagnosed with mesothelioma in Massachusetts, call for a free and confidential appointment at (617) 777-7777.