Our Boston mesothelioma lawyers write a lot about people who were exposed to this deadly disease by way of their employer. 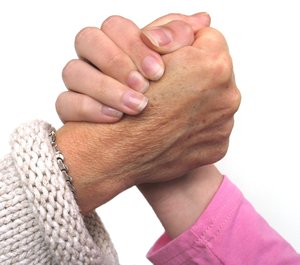 A lot of times these were individuals who worked in shipyards, military service, factories, construction or some other job where airborne asbestos was a common threat.

Something we haven’t discussed at great length, however, is non-work-related exposure, and in particular, the peritoneal mesothelioma that often results from this type of contact with the carcinogen.

Pleural mesothelioma is what we often refer to as the cancer that attacks the thin lining of membrane around the lungs. It’s the most common kind, and it accounts for 70 percent of mesothelioma cases total.

But peritoneal mesothelioma, which is the second most-common form of the disease, attacks the lining of the stomach.

The latter, as this study noted, is more common in people who were exposed to asbestos someplace other than their work. Most commonly, this meant they lived in a building or home where there was asbestos used in the construction. In other cases, it means living with a family member whose work exposed them to asbestos. When that worker returned home, the asbestos covered their clothing, and was therefore ingested by their family members. So it’s second-hand exposure.

The effects, however, are just as deadly.

The Wake Forest study, conducted by Dr. Jill Ohar, alongside Dr. Edward Levine and a graduate student, analyzed the records and surveys obtained from nearly 400 mesothelioma patients, many of whom were going through civil litigation with regard to their illnesses as well.

The findings of this study are expected to be presented in Boston this September at the International Mesothelioma Interest Group Conference.

Some of that difference, though, was attributed to the fact that those with peritoneal mesothelioma tend to be diagnosed earlier than those with pleural mesothelioma. In the former, the average age at diagnosis was about 51 years-old. With the latter, the patient was about 67 before they were diagnosed.

It’s estimated that nearly 30 million people in the U.S. were exposed to asbestos at work between the years of 1940 and 1979.

As part of ongoing research, the team at Wake Forest is continuing to collect DNA samples from mesothelioma patients. They’re aiming to collect this from 1,000 patients by the end of next year. They’ve just recently passed the 400-mark.

If you or someone you love has been diagnosed with mesothelioma in Massachusetts, call for a free and confidential appointment at (617) 777-7777.