An elementary school in Swampscott, Massachusetts was forced to shut down because it is literally falling apart, according to a recent news article from CBS Boston. One of the main concerns is that as the walls are crumbling and the floors are buckling, staff and students are being exposed to asbestos that the plaster is likely to contain. 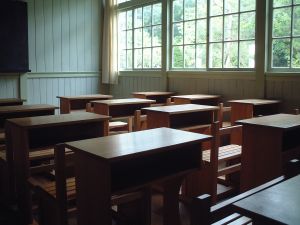 The community has been trying to get funding for years to replace the deteriorating building that was built over a century ago, but the funding necessary to build a new school isn’t there. Perhaps now, with the asbestos fear, the town can find funding to replace a building that school officials refer to as a dinosaur.

The best argument raised by those in support of a new elementary school is that the tax payers are going to spend millions on either repairing the current school or building a new one, and it makes more sense to invest in the future by constructing a new facility. As mesothelioma lawyers who practice in the Boston area understand, renovating the building requires an expensive asbestos removal process that must be done according to rigid safety and health standards to avoid placing staff and students at risk of inhaling asbestos fibers.

While there is no telling how many workers were exposed to asbestos during the construction process 104 years ago, and it is likely that people were exposed and developed mesothelioma, asbestos in a stable state is generally considered safe for building occupants. When the building begins to crumble, the asbestos fibers are released into the air. If the fibers are inhaled, they can become embedded into the tissue of the lungs and other organs. There is no way for doctors to remove the fibers that over time can cause mesothelioma, lung cancer, and other serious diseases.

The first step for the school board is to have an asbestos survey performed, where an asbestos removal company will collect samples of material likely to contain asbestos, such as wall plaster and linoleum floors, and have a lab test them to see if asbestos is present. Based upon the time when the school was built and the materials used, it is likely that the builders used asbestos products. The reason for this is that asbestos is comprised of six naturally occurring forms of silica that are extremely resistant to heat, chemicals, and electricity. Asbestos was also easy to refine into building products that were used frequently in construction and manufacturing.

For many decades, the public at large was generally unaware that asbestos was toxic to handle. However, as we have seen in various mesothelioma lawsuits, the asbestos producers were aware of these dangers and kept that information from workers and customers. These companies knew that it would take up to 50 years to develop symptoms of mesothelioma, and they were only concerned with the present. They did not want to hurt sales and were willing risk the lives of others. This is the basis for the large jury verdicts and punitive damages we have seen in these lawsuits.