In the United States and much of the world, asbestos was used very heavily in most aspects of construction. It was also used in a wide variety of consumer, commercial and industrial products.  The reason it was so prevalent was because it’s a cheap, naturally-occurring substance that has a remarkable ability to resist heat, fire, caustic chemicals and electricity.

However, in addition to all of these helpful properties, it also causes cancer.  These days, most people are aware that exposure to asbestos causes malignant mesothelioma, but this was a closely guarded secret for much of the last century.  Those in asbestos industry were well aware of the dangers of asbestos, but since they also knew it would take between 20 and 50 years for people to get sick, they were willing to take that chance and pay later if necessary.  END_OF_DOCUMENT_TOKEN_TO_BE_REPLACED

According to a recent news article in the Pantagraph, a jury in Indiana has just awarded $4.6 million to a 73-year-old man who developed malignant mesothelioma after being exposed to asbestos.  He was exposed to asbestos over 50 years ago while working for a portable elevator company owned and operated by defendant. 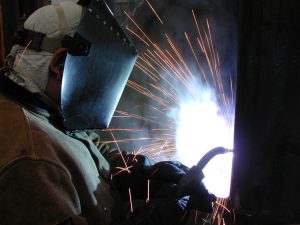 If you have ever seen a tall building under construction, you may have noticed that the contractors will erect an elevator on the outside of the unfinished building so workers can travel up and down the structure.  These elevators have also been featured in many action movies over the years.  It is not the general contractor, but rather a portable elevator company that sets up these elevators for use during the construction project and then removes the portable elevator when the job is complete.  These portable elevators have metal frames that workers must weld and properly fit with electrical wires as part of the set-up job. END_OF_DOCUMENT_TOKEN_TO_BE_REPLACED

According to a recent article from the National Law Review, the state of Florida joined a group of states that are making it more difficult to prove causation in mesothelioma lawsuits. The first thing to discuss is what the term causation means in this context.

In any mesothelioma lawsuit, the primary claim is filed under a negligence theory.  This is true even though we may be dealing a specific claim such as a failure to warn of a known danger.  In any negligence case, there are four elements.  The first element is whether the defendant owed a duty of care to the plaintiff.  The second element is whether the defendant breached a duty of care, assuming one was owed.  The next element is known as causation and the fourth element is the amount of damages, if any, the defendant’s breach of a duty of due care caused the plaintiff. END_OF_DOCUMENT_TOKEN_TO_BE_REPLACED

According to a recent news feature from the Washington City Paper, a 59-year-old man has just pleaded to asbestos related violations of the federal Clean Air Act involving an historic home that many consider to be one of our nation’s architectural treasures.

This residence in question is located in the Capitol Hill neighborhood of Washington, DC.  It was known as the Friendship House and was purchased by Francis Scott Key shortly after he wrote “The Star Spangled Banner.”  Following Key’s ownership of the Friendship House, it became the site of a not-for-profit organization and was used as such for nearly a century. END_OF_DOCUMENT_TOKEN_TO_BE_REPLACED

According to a recent news article from the Cape Cod Times, a meeting was recently held that more than 100 parents attended.  The topic of this meeting was what about the more than 300 students who cannot return to the Teaticket Elementary School where they are registered. The reason they cannot go to their normal school is because it is closed due to asbestos hazards.

As is the case with many of the schools on the Cape and in the greater Boston area, this one was built at a time when asbestos was heavily used.  Asbestos has the natural ability to resist heat, fire, caustic chemicals, and electricity, but it also has the ability to work as a chemical binding agent.  This ability to work as a chemical binding agent means that it is good to be used in epoxies, glues, and other joint compounds such as drywall cement.  It is not flammable and the joint would break down due to exposure to normal conditions in the short term.  It will eventually break down over time, and that is where the problem starts. END_OF_DOCUMENT_TOKEN_TO_BE_REPLACED

While those in the asbestos industry went to great lengths to prevent the general public from learning about the dangers of asbestos and that the deadly fibers could cause malignant mesothelioma, it is now a well-known fact.  It is for this reason that many companies over the years have been sued in connection with the tens of thousands of deaths connected with the toxic material. 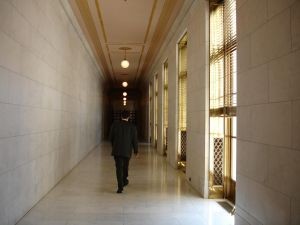 Due to the fact that the deadly asbestos fibers often take between 20 and 50 years to metastasize into the cancer to a point where people know they are sick, there are still thousands of new cases being diagnosed each year in the United States alone. END_OF_DOCUMENT_TOKEN_TO_BE_REPLACED

According to a recent news article from the National Law Review, the court of appeals in New York has ruled on a defendant’s duty to warn a potential plaintiff of the dangers of asbestos exposure.  Specially, the question is whether the manufacturer of a non-asbestos product has a duty to warn others of the dangers of asbestos exposure because their product contains a third-party’s part, and that part contains asbestos. 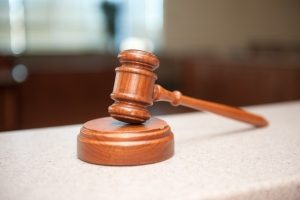 While this seems rather complex, it makes more sense when we take a look at some of the facts of the case.  In that case, plaintiff worked on boilers as a technician for the United States Navy for all of the 1960s and most of the 1970s.  In his complaint, plaintiff alleged that he was exposed to deadly asbestos fibers as result of working around insulation on high heat steam valves on the boilers on which he worked.  He was suing, among others, the company that manufactured these valves.  END_OF_DOCUMENT_TOKEN_TO_BE_REPLACED

Certain parts of the country have been ravaged by years of unregulated industry, and the asbestos industry was responsible for much of this environmental destruction.  To help clean up these toxic waste zones, the United States Environmental Protection Agency (EPA) has the power to use money provided by Congress to create what are known as EPA superfunds. 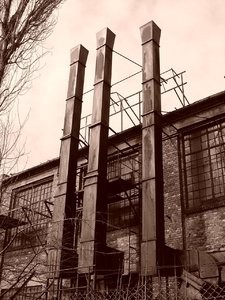 One such fund is the Suburbs of Philadelphia as discussed in a recent news feature from E&E Publishing.  Most people are aware the United States was for many years the world’s largest producer of asbestos and asbestos products.

For many years, Philadelphia housed one of the world’s largest asbestos factories.  The factory, which started as a boiler plant (boilers used asbestos insulation for many years), still has hundred foot mountains of asbestos and manufacturing waste that surround the area and look like salt and gravel piles we typically see on the side of a highway covered with large domes. END_OF_DOCUMENT_TOKEN_TO_BE_REPLACED

In Scapa Dryer Fabrics, Inc. v. Knight, a case from the Supreme Court of Georgia, defendant was a textile maker that produced a product known as dryer felts.  These are the felt liners that are placed on the doors or door opening of clothes dryers to keep the heat inside th

e machine when they are operating. They made these dryer felts during the 1970s at one of their factories.

According to court documents, plaintiff worked at this factory from the late 1960s through the early to mid 1970s, and this factory contained boilers and pipes that were lined with asbestos insulation.  Asbestos yarn was also used in the manufacture of some of its products, including the dyer felt. END_OF_DOCUMENT_TOKEN_TO_BE_REPLACED

Despite a ruling by the California Supreme Court in favor of defendant in Webb v. Special Electric, the case was still ultimately decided in favor of plaintiff upon remand.

The state high court’s ruling in this asbestos injury lawsuit involved something called the “sophisticated intermediary doctrine.” This ruling provided an additional viable defense for defendants in product liability lawsuits, such as those filed against makers and distributors of products that contained toxic asbestos.

Even so, plaintiff in the case prevailed.  END_OF_DOCUMENT_TOKEN_TO_BE_REPLACED