While the asbestos mining industry and the production industry took large steps to insure the general pubic did not learn of the dangers of asbestos and asbestos-laden products, these days the public is very much aware of how lethal asbestos exposure can be. 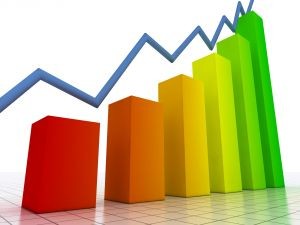 However, for a variety of reasons, it may difficult to accurately calculate how many people have been killed as a result of asbestos exposure over the years. According to a recent news feature from Vox, finding out the true number of mesothelioma victims may be a lot more difficult than most people would think.

First, let’s look at a worldwide estimate. The World Health Organization estimates that 125 million people around the world are exposed to asbestos each year, and around 100,000 people will die from asbestos-related illness each year. As our Boston asbestos exposure injury attorneys can explain, exposure to asbestos fibers has been proven to cause a deadly form of cancer known as mesothelioma, lung cancer, a scarring of the lungs known as asbestosis, and various other forms of respiratory illness.

Now that we have an idea of the worldwide numbers, let’s look at the estimates for the United States of America, in terms of asbestos exposure injuries and deaths.   Obviously, the numbers have changed a great deal in terms of annual exposure due to the partial ban on asbestos that was temporarily in place in the late 1970s. Even though it was eventually struck down as unconstitutional, it did a lot to bring the dangers of asbestos to the public attention, and this is a major reason the substance is not largely used. However, it is still legal to import and use asbestos in the United States, though that use is somewhat limited through regulation.   It is also important to understand that there have been some large-scale exposure events, such as the destruction of the World Trade Centers and the rescue and clean up efforts, where large numbers of workers were exposed to asbestos dust.

Another complication that makes it hard to track asbestos exposure in the United States, including the Commonwealth of Massachusetts, is that most victims did not know they were exposed to asbestos and may actually die from asbestos compilations without ever knowing the cause, according to the author of this article.

There have been ideas about how to better calculate the numbers of asbestos-related deaths, but even coming up with new methodology has proven difficult. In 2014, the Inspector General for the EPA discovered the agency may have exposed workers to asbestos during a study on asbestos.

How many people are killed by asbestos? It’s more difficult to track than you think., July 1, 2015, Vox