Tremelimumab is one of several drugs that are in development as a treatment for malignant mesothelioma.  As discussed in a recent article from FDA News Alert, for patients, a mesothelioma diagnosis is one of the scariest things they can hear.  It is a rare illness and there is no cure.  Essentially, when a patient learns that he or she has mesothelioma, they are generally told that there is little doctors can do and that the prognosis is normally death within a few months to a few years. 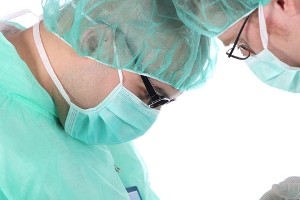 It should be said that this does not mean there are no treatment options for malignant mesothelioma. It is that there aren’t many effective ones. At best, doctors have been able to slightly slow the growth of these deadly and aggressive and tumors, but nobody goes into remission like they do with other types of cancer.

However, drug companies are doing some work on finding a real cure, but there is little financial incentive due to the relative rarity of the disease.  This is why the United Sates Food and Drug Administration and its European counterparts can grant what is known as orphan drug status to help make it more profitable to develop a drug to cure an orphan illness.

One of the drugs that AstraZeneca is currently developing is known as Tremelimumab.  The drug is a human IgG2 monoclonal antibody that looked like it might be a valid treatment option, but the company is now reporting that it has failed a very important round of testing, and now the future of the drug is uncertain.

The test involved giving the drug, and only this drug, to patients with the most advanced cases of malignant mesothelioma.  The reason it was given by itself was to determine the actual efficacy.  Many of the current drugs are given as part of a drug cocktail.  These drugs do not do all that much to help, and it is hard to know what drug actually works, since they are always given together.

After this phase of clinical testing, AstraZeneca reviewed the results from the patients, and it does not appear that the drug had any significant effect on the lifespans of the patients with advanced stage malignant mesothelioma.  The company, however, thinks that there is still hope that this new drug will still have something to offer mesothelioma patients, when administered in combination with other drugs; however, while this may make the company some revenue by selling it to oncology services, it is hard to imagine it will have any significant impact on the life of the patient.

One thing that many do not realize, aside from the victims and families our Boston mesothelioma attorneys work with, is that even if doctors can extend a patient’s life for a year or more, it is not going to be an easy year.  The patient will likely have a great deal of pain and suffering from the chemotherapy, radiation and surgery.

Some of the procedures are very invasive.  For example, doctors may remove an entire lung, or cut the lobe in half to remove a tumor, and then spray heated chemotherapy liquid directly on the organ before closing the incision.  The patient is then given traditional IV chemotherapy and a dose of radiation in many cases.