In civil matters, there are two primary types of compensation: Compensatory and punitive. 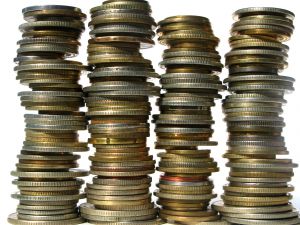 Both ultimately go to the plaintiff if he or she wins the case, but they serve very different purposes. Compensatory damages are those awarded to compensate the victim for the direct costs suffered – ie., medical bills, lost wages, etc. Punitive damages, meanwhile, are intended to punish the defendant for an egregious wrong.

In Boston mesothelioma lawsuits, the courts allow plaintiffs to seek punitive damages, but the threshold for awarding them is high. As one justice in the New York Supreme Court was recently quoted in an asbestos case, “Punitive damages should only be sought in the most serious cases to correct for the most egregious conduct.”

Of course, our Boston mesothelioma attorneys can think of few actions more egregious than action or inaction (through failure to warn) that contributes to a person’s premature death from an asbestos-related disease.

Still, even in these situations, punitive damages aren’t a given, as the recent case of Union Carbide Corp. v. Nix illustrates.

According to Mississippi Supreme Court records, the plaintiff in this case filed a lawsuit against the defendant shortly after receiving a diagnosis of mesothelioma in 2010. At the time, he was several decades removed from his work at a drilling company, where he was primarily tasked with maintaining the viscosity of drilling mud.

In order to complete this task, the plaintiff was given two products, which he used routinely: Visbestos and Super Visbestos. These materials, he said, were excellent in helping him complete his duties, and he worked with them for about two hours daily for the better part of three years. Each day, plumes of asbestos dust were kicked up from the product, which he inhaled. Never was he warned of the danger or given a respiratory mask to help reduce inhalation of the particles.

As he would later learn, these products were produced with 99 percent asbestos.

His lawsuit against the maker of these products alleged negligence, design defect and inadequate warning that led to his exposure to asbestos and, subsequently, his terminal illness.

Trial proceeded on the claims of design defect and inadequate warning. A jury returned a verdict in his favor, awarding him $250,000 in compensatory damages and $500,000 in punitive damages. The court additionally granted $500,000 in attorney’s fees and costs.

The state supreme court affirmed the jury’s verdict in favor of the plaintiff and upheld the $250,000 award. However, it reversed the ruling on punitive damages and remanded that portion of the case back to the lower court for a new trial.

The court cited state statute requiring that in order to receive punitive damages, the claimant show by clear and convincing evidence that a defendant acted with malice, gross negligence, fraud or willful, wanton or reckless disregard for the safety of others.

The state high court agreed. While finding there was still a chance a reasonable jury could find ample grounds for punitive damage, there was evidence the jury had been improperly instructed on the issue.

Therefore, that portion of the case was remanded.