A recent article by Surviving Mesothelioma suggests that women may have a better chance of coping with the cancer than their male counterparts.

Peritoneal mesothelioma affects the lining of the abdomen and can affect major organs, such as the colon, stomach, pancreas, liver and intestines. The cancer can cause the body to secrete additional fluid, which can build up. 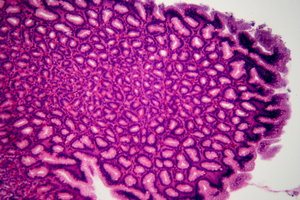 Mesothelioma in Boston is rare, but it is fatal. Those who are diagnosed typically have about twelve months to live. It is an extremely frustrating illness because it can start up to 30 or 40 years earlier without the person knowing.

Typical causes of mesothelioma are some type of exposure to asbestos. Many military veterans are now being diagnosed because the armed forces used asbestos in Navy ships, shipyards and in old buildings, carriers and other uses. Asbestos was used in the construction of buildings, in brake pads, floor and ceiling tiles, to cover pipes and protect them from fire. Asbestos was in circulation in the United States from the early 20th Century until the 1990s. There were truckloads of asbestos used in our country during those decades.

So, there were many opportunities for people to end up being exposed to asbestos. A simple exposure could lead to a lifetime of problems. In most cases, a person isn’t diagnosed for years or decades after exposure. This means that a person can live with the cancer without knowing. And once they begin feeling the symptoms — coughing, fluid build-up, chest pain and others — it may be too late. Most people associate these symptoms with old age and wait too long to do anything.

According to the Surviving Mesothelioma article, Australian researchers have found that in 294 peritoneal mesothelioma cases treated during the last 20 years, women who were treated had a better survival rate than men.

Of course, the research was done over 20 years and much has changed in terms of medicine and treatment of cancer in that time. According to the article, peritoneal mesothelioma spreads quickly and its only known cause is asbestos.

Mesothelioma is usually treated with chemotherapy and cytoredeuctive surgery. The chemotherapy is designed to “wash” the cavity of the abdomen to wipe out the cancer. Older women didn’t do as well as younger women, but both did better than men.

A smaller-scale 2006 study found that women had a five-year survival rate of 63 percent, compared to 42 percent for men. The tumor cells in women had smaller nuclei than those found in men.

The Australian researchers believe that estrogen could have an effect on the treatment of this form of cancer. This hormone could be a way of treating, or at least fending off, the cancer in the future as more research is done.

It is critical that institutions take an interest in mesothelioma and continue to find funding for research on the topic. Much still isn’t known about this form of cancer and it kills 100 percent of the time. Other cancers that were once deadly are now treatable and our Boston mesothelioma lawyers hope we can one day say the same about mesothelioma.