The Worcester Telegram & Gazette reports that a developer has been ordered by state officials to pay $100,000 to make up for breaking asbestos removal laws when renovating and converting a plastics company site to retail and commercial space.

At the turn of the 20th Century and the following decades, many builders used asbestos because it was fire-resistant and affordable in the building of factories, buildings and houses throughout New England. So, asbestos has been sitting in many older buildings for years and people have been exposed to asbestos in Boston and other towns throughout New England likely without knowing it. 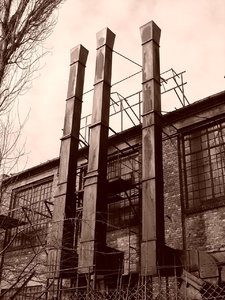 And while asbestos is no longer being regularly used in buildings and products in the United States, it was never officially banned. Yet, at least some state officials have taken steps to make sure asbestos is removed from buildings that are redeveloped into shopping plazas or office complexes. These historic buildings that make New England beautiful shouldn’t be torn down because of asbestos, but they should be made safe for future generations.

Boston Mesothelioma Lawyers have seen the awful effects of asbestos exposure and how it can shorten a person’s life through no fault of their own.

According to the newspaper account, the project in Leominster, north of Worcester, was shut down in 2009 after Massachusetts Department of Environmental Protection investigators found that required precautions weren’t taken to prevent the release of asbestos. According to the newspaper, workers removed asbestos insulation from heating pipes, dislodged and removed pipes covered with asbestos and got rid of other material containing asbestos — all illegally.

The state alleges in a lawsuit it filed against the developer that he continued renovating the old building even though the project was stopped by state officials. He allegedly pressed on with the work even though he needed emergency containment measures to be put into place, ordered by a state-licensed asbestos contractor.

The contractor later decontaminated the site and disposed of the asbestos waste from two buildings on site. The $100,000 fine was a settlement. A lawyer for the developer blamed the issue on a subcontractor. The building was formerly used to manufacture pink flamingo lawn ornaments and was one of Worcester’s first plastics companies. It went bankrupt and closed in 2006.

The average citizen must be aware of their surroundings. A person wouldn’t stand behind a vehicle spewing exhaust for fear that it could be harmful to them in the future. The same should go for whether they choose to live in an old apartment building or shop in a historical building that has since been converted to retail space.

While these buildings can look nice compared to quickly made and sometimes cookie-cutter looking modern buildings, they most likely were built with asbestos-laden products, including insulation, flooring, piping, boiler room equipment and other things. The primary risk comes when employees are asked to rehab such building and bring them up to date for modern uses. Without the proper precautions, asbestos exposure can have deadly results.