While the Green Line trolleys on the MBTA system are relatively knew and mostly made in Europe, those who ride the trolley between Mattapan Square and Ashmont still ride the vintage Presidential Conference Cars. These are the old trolley cars painted orange and off-white that one would expect to be sitting in a transit museum instead of out on the tracks. 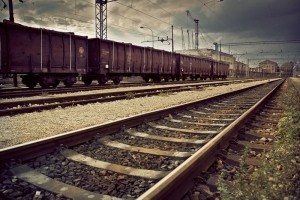 There are variety of reasons the trolley cars are still in use, but a lot of that goes to their being a piece of living history for residents and the Massachusetts Bay Transportation Authority (MBTA) system in general. As it turns out, according to a recent news feature in the Dorchester Record, the fleet consists of ten trolley cars, and, of those, only six are usually in operating condition at any given time. These cars, which MTBA workers have nicknamed Mattapan Rattlers, are not easy to keep running, and lot of the problem has to do with getting parts.

First of all, nobody is making new parts for these vintage trolley cars. This would seem to give the mechanics, electricians, and engineers who maintain them the choice of either buying vintage parts or making new parts themselves. While it sounds easier to find old stock parts or even used parts, these parts were made at a time what asbestos was used in virtually every aspect of production.   All of these parts are now known to be dangerous and cannot be used.

It should be noted that, at the time these asbestos-laden parts were originally made, along with many other products containing the deadly fibers, the manufacturing firms were well aware of the dangers of asbestos and the effects it has on the human body. Our Boston mesothelioma lawyers know that those in the industry were completely aware of the dangers of asbestos at least a hundred years before the general pubic. Not only did these companies know that asbestos was killing workers, they took steps to make sure nobody found out about these dangers.

At some point, people began suspecting asbestos was a hazardous material, and these companies that mined raw asbestos and manufactured it into finished goods actually advertised their products as a safe alternative to asbestos knowing full well that they contained large amounts of asbestos. This is one of the reasons that juries have been willing to give punitive damages in mesothelioma cases.

In a standard personal injury case, the damages claimed are known as compensatory damages. These are designed to compensate a victim or his or her family for the actual injury suffered. Punitive damages are designed to punish the defendant and to send a message that this type of conduct is not appropriate.

As for these old T cars, MBTA workers are left with the painstaking process of having to manufacture most of the parts at the repair shop. This makes what would be ordinary repairs takes weeks or months instead of days. For example, when Westinghouse DH10 air compressor blows, they can’t just grab one off a rack for parts like they could with a Green Line car; instead, they must make individual parts on a lathe and then assemble them by hand.