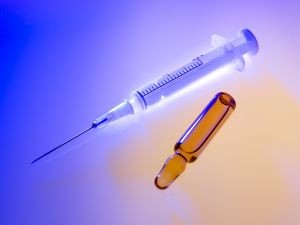 When a person first comes in contact with deadly asbestos fibers, they can become trapped in that layer of tissue known as the mesothelioma and eventually metastasize into malignant mesothelioma. This process can occur quickly, but in the vast majority of cases, it takes between 20 and 50 years for a patient to become detectably sick. Once this occurs, and the patient has noticeable symptoms, he or she is usually told there is only short time left to live. While there is no cure, there are drugs that can help extend this time period.

According to a recent feature from News-Medical, a new drug known as Bevacizumab, is showing promising signs that it may increase survivability in malignant pleural mesothelioma patients. The news drug is in the trial stages, and studies have been conducted in what is known as Phase III of the development to market pipeline for a new pharmaceutical.

The study is known as the open label Mesothelioma Avastin Cisplatin Pemetrexed Study or “MAPS” as those in the industry commonly call it. MAPS trials involved around 450 patients where diagnosed with malignant pleural mesothelioma. While the average age of a mesothelioma patient tends to be much higher, there were patients as young as 18 years of age. These patients were randomly administered either cisplatin and pemetrexed, which is the standard of care for mesothelioma patients, or those drugs plus Bevacizumab, which is the new drug being tested.

The results for the patients in the Bevacizumab group was that the chance of death during a follow period of around three years decreased by 23 percent. This translated into an increase in the overall survive time for patients given Bevacizumab by an average of 16 to 18 months.

While any increase in number of years a patient survives after being diagnosed is a good thing for some patients, this period of time is also filled with a great deal of pain and suffering. Patients will also typically undergo major surgeries that involve the removal of all or parts of some organs, including a lung. In some cases, a chemotherapy solution is applied internally during the surgery.

The shortness of time left to live and the pain and suffering during the period in which these people live is something for which your Boston mesothelioma injury lawyer can request damages at trial or as part of a settlement negotiation.   There can also be additional damages, including lost wages, loss of consortium, and special damages. In some cases, you will be able to recover punitive damages.