According to a recent report from KPBS News, there have been more than 300 water main breaks in San Diego from January 2012 through late 2015. This is an unprecedented number of water main breaks and has resulted in an estimated loss of 35 million gallons of water in an area that is constantly in need of more water. 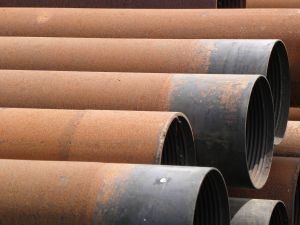 One person interviewed for the news feature said she was heading out of her home around 6:30 in the morning when she learned there was water coming up through the pavement across the street from where she lived. At first, it seemed like a small amount of water, but soon it looked like a river.   The water was coming from an eight-inch water main that had burst below her street. By the time the spill was cleaned up, nearly 400,000 gallons of water had been spilled onto her street, and the entire block was without running water for more than a day. This was a tragic loss of water and major inconvenience for those depending on that main to deliver their water. Eventually, the city sent a water wagon to provide the residents with clean water to use.

Asbestos cement, firo, or AC sheet, are all names for the same asbestos-laden products. The asbestos cement pipe is a pipe that is actually made entirely from asbestos cement sheets, as opposed to iron pipes that were wrapped with asbestos insulation. These pipes were heavily used in the 1900s and before polyvinyl chloride (PVC) was developed for use in making polymer-based pipes. These pipes were dangerous to the workers who made them and the workers who cut them and installed them, but they are not considered dangerous once they are in place. However, this all changes when the pipes corrode to the point where they are fragile, or “friable,” as it is known in the industry. The reason they are now having problems is that they had an estimated useful life of 70 years, and that time has come and gone.

When the pipes must be removed, a licensed and trained asbestos abatement contractor must do the work, because, if the asbestos fibers are inhaled, they can cause a deadly form of cancer known as malignant mesothelioma.   What Boston mesothelioma injury attorneys are seeing today is the workers who installed these pipes decades ago are now becoming sick.