An Atlanta-based paper manufacturer, Georgia-Pacific, has been ordered by appellate judges in New York to hand over internal documents relating to research it commissioned regarding the safety of its products. 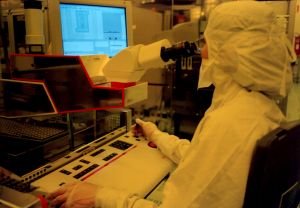 The justices say the company, which is a defendant in ongoing asbestos liability litigation, needs to submit the documents for a judicial review to determine whether those records could be subject to the crime-fraud exception to attorney-client privilege.

Our Boston mesothelioma lawyers understand the decision was an anonymous one for the panel ruling in the case of Weitz & Luxenberg v. Georgia Pacific, and that the judges also demanded the firm give up the raw data used to complete those studies.

What the company had been trying to do was to uphold those studies as evidence that their products had not been harmful. Of course, the objectivity of those studies is highly questionable considering Georgia-Pacific had paid for them to be conducted. The judges ruled that they would need to review the data themselves before determining whether the research could be used as evidence to support the company’s case.

Georgia-Pacific, with some 300 manufacturing plants across the globe, is one of the world’s largest producers of paper, tissue, pulp and building products. It’s wildly popular brand names include Quilted Northern and Angel Soft toilet paper, Dixie paper products and Brawny paper towels. What you might not realize is that the firm was also responsible for the production of a sizable line of building materials and certain chemicals.

Back in the mid-1960s, the firm acquired a company called Bestwall Gypsum, which made drywall, plaster and fertilizer out of gypsum and also, commonly for the time, asbestos. The use of asbestos in the firm’s products continued for at least a decade after Georgia-Pacific bought the firm. It’s been widely argued by asbestos plaintiffs that Georgia-Pacific executives were well aware of asbestos dangers when they bought Bestwall Gypsum, but continued to use it in those products anyway.

The studies in question, commissioned by the firm in 2005, were intended to test the harmful effects of a no-longer-produced joint compound product that contained asbestos. Most of the studies were co-authored by the company’s director of toxicology and chemical management. Even the research that wasn’t co-authored by that director was reportedly heavily influenced by him and each of the studies was reviewed by the company’s legal team before they were released.

But the studies failed to disclose the involvement of Georgia-Pacific in any of it, upholding itself as independent research – even going so far as to falsely claim the company had no part in it.

Now, asbestos litigation plaintiffs want the company to release the internal communications and all the raw data used to formulate those studies. Georgia-Pacific has refused, calling the records “privileged.”

In the summer of 2011, a special master ordered the records turned over for a judicial review to determine whether the records were a crime-fraud exception. Such an exception would be found if judicial services were used to commit crime or a fraud. The earlier Manhattan Supreme Court judge found that the company’s undisclosed involvement in the research constitutes a sufficient basis for a claim of fraud.