The state supreme court in California has agreed to take on review of a case regarding whether a raw asbestos supplier can be found liable for failure to warn users about the dangers of products containing asbestos. 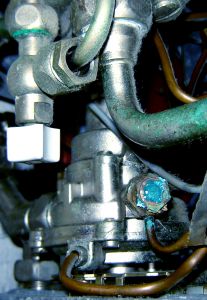 Our Boston mesothelioma lawyers know that suppliers of raw asbestos would almost certainly have known about the dangers of the material, as industry insiders had been aware of problems dating back to the beginning of the 20th Century. The question is whether the supplier of the raw material should be held liable for the damages caused by products made from that material.

The case stems from a mesothelioma diagnosis received from a man who was previously employed by a pipe and supply firm just outside of Los Angeles. Evidence he presented at trial found that from the late 1960s through the late 1970s, he regularly handled water-heater venting pipe products made from a Long Beach manufacturer that received crocidolite asbestos, sometimes referred to as “blue asbestos,” primarily from Special Electric.

The plaintiff alleged that he was completely unaware of the dangers he was facing each day when he went to work. He further alleged that Special Electric failed to inform both him and his employer of its knowledge that asbestos was a material known to cause foreseeable risks of injury and death.

The trial court jury in Webb v. Special Electric Co., Inc. found in February 2011 that while Special Electric did not design the product it was selling with any type of defect, it failed to adequately warn one of its end users of the risk. This negligence, the jury determined, was a substantial factor in the plaintiff’s harm, and subsequently awarded him $5 million. However, Special Electric was held responsible for just 18 percent of that award, or about $900,000.

However, an appellate court ruled in March that the trial court had erred in its handling of pretrial motions, and that the jury’s decision was unjustified on its merits. Specifically, the court determined that although it would have been relatively easy for the Long Beach supplier to issue danger warnings to users, such as the plaintiff, it would have been “unreasonable” to expect that Special Electric would require its Long Beach customer to do this. What’s more, the court found, the bags in which the asbestos was transported to the Long Beach firm did contain warnings that the court believed were sufficient to satisfy its requirement.

Now, the California Supreme Court has agreed to take on the question of supplier responsibility.

The decision will technically only have a direct impact on asbestos litigation in California, but the decision could serve as a guide to other courts nationwide, expanding its potential influence.