As a number of states and even the federal government are looking to expand the “transparency” of asbestos trust claims throughout the country, The Wall Street Journal recently delved into the issue of alleged fraud by claimants. 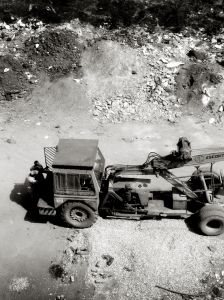 Our Boston mesothelioma lawyers know, however, that not only is fraud a minimal occurrence – as indicated in a recent Government Accountability Office report, as well as numerous audits conducted by the trustees overseeing payouts – even those instances in which fraud is alleged, the situation may not always be black-and-white.

Still, there is a valid concern raised in the report, which is the question of whether the trusts will become depleted before the scourge of mesothelioma and other asbestos-related diseases is completely eradicated.

But first, let’s start with the allegations of fraud. The Journal reported that it conducted its own – admittedly non-scientific – analysis of some 850,000 claims made to one of the more than 40 asbestos trusts in the U.S. from the late 1980s through 2012. What they found was that some 2,000 claimants indicated they were exposed to asbestos before the age of 12.

On the surface, certainly this may seem suspicious. However, let’s stop to consider a few points.

To begin with, mesothelioma has a latency period of about 15 to 50 years. Someone who filed a claim in the late 1980s could have been exposed as early as the 1930s. The federal Fair Labor Standards Act, which regulated the employment of those under the age of 16, wasn’t passed by Congress until 1938. So presumably, a 12-year-old or young teen could have begun working at that point.

Secondly, you have to consider that the manufacturing industry was a major employer throughout the 19th and 20th centuries. If a father or male head of household went to work at a factory and returned with asbestos dust covering his clothing, it is likely that his wife and even children would have been exposed to the material that way and become sickened as well. The “occupation” title listed on the claim could be that of the adult family member who tracked that dust home on their clothing.

And finally, there is the possibility that there were errors on some of those dates. An error of 2,000 seems like a lot, until you consider the sample of 850,000, which means we’re talking a technical error rate of 0.23 percent.

Is there the potential for fraud? Sure, but it’s not likely to be widespread. Suddenly, this “clear” evidence of fraud has become quite muddled. As one asbestos trust advisory attorney put it: When handling such huge volumes of claims, there are going to be errors. However, errors aren’t fraud.

Legislators on the side of big industry have pointed to the fact that claimants have sought compensation from numerous funds as evidence of efforts to game the system. However, asbestos was everywhere. These companies acknowledge that and they acknowledge that their products were dangerous and they knew it. What’s more, there is no physical way to tell whether the asbestos that caused a person’s mesothelioma came from one company or another. So as long as these plaintiffs can prove that they were exposed to asbestos by the defendant and they now have an asbestos-related disease or ailment, the claim is legitimate.

One thing however that may be a real concern moving forward is the fact that assets from those trusts are being reduced at a rapid rate, despite the fact that those who seek a trust payout over a lawsuit will receive significantly less back in return. The median payout percentage has dropped to about 15 percent of what the trusts had at first figured would be the full value of a claim, in an effort to preserve as much as possible for future victims.

In order to ensure your claim is handled fairly and that you receive the compensation you deserve, contact an experienced mesothelioma plaintiff attorney today.