In the same month that we celebrate the immense sacrifices made by our nation’s brave soldiers and their families, the House of Representatives delivers them a slap in the face with the committee passage of the Furthering Asbestos Transparency Act. 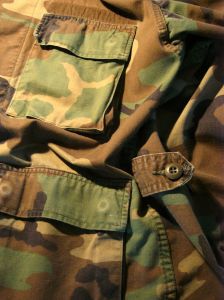 Our Boston mesothelioma lawyers understand that just a week before Memorial Day, the House Judiciary Committee passed legislation that not only dilutes the rights of veterans to compensation for certain injuries inflicted while serving, but also compromises their medical privacy.

Proponents of this measure would have you believe that it’s about reduction of fraudulent claims to asbestos trusts, which in turn would preserve funds to cover future claims. It’s a nice idea, but it’s not based in reality.

The fact is, numerous independent researchers – including the Government Accountability Office – have found no evidence of fraud being perpetuated on these trusts. These trusts were established to ensure victims of asbestos exposure – veteran’s comprise 30 percent of those – could continue to collect compensation from negligent companies even after they filed for bankruptcy due to the litigation. Make no mistake – these firms were not victims. High-ranking officials within these companies knew that their product was exposing people to the risk of mesothelioma, a fatal, aggressive cancer that lies dormant for decades. And yet, these firms continued to sell it, continued to conceal the risks from those who came in contact with it and continued to deny them equipment that could protect them from it.

U.S. veterans account for 8 percent of our population, and yet they account for 30 percent of mesothelioma victims. Most frequently, those on post-WWII Navy ships were at the greatest risk for exposure. In many cases, the asbestos was present in the ship’s insulation products.

So now, we have the FACT Act. This measure would require:

Unlike litigation, the trusts were seen as a faster method to compensation. This is critical for many families as mesothelioma, once diagnosed, is fatal in a matter of a few years, if not months. Under this measure, many victims are going to die before their cases are ever resolved.

What’s more, it allows the public release of personal, identifiable information of victims, but yet allows the defendants in the case to maintain a shroud of confidentiality during the process.

Veterans could potentially face the disclosure not only of their public service information, but also of their private work histories, the details of their asbestos exposure, the last four digits of their Social Security number and, in some cases, even personal information pertaining to their children.

What have these individuals done to deserve this?

What’s happening is that elected officials are placing the interests of deep-pocketed corporate entities ahead of not only the average American, but above those who have given so much to ensure we live in the country we do today.

For that service, they are left grappling not only with a terminal illness, but now also an invasion of privacy. It’s not right.

Our mesothelioma lawyers would encourage you to contact your representative, urging them to vote “No” on the FACT Act.