The Centers For Disease Control and Prevention has highlighted more than two dozen factories throughout the country that processed vermiculite that was tainted with asbestos.

The plants ceased in 1990 or earlier after it was discovered that the vermiculite, a natural mineral, was contaminated with asbestos, which can lead to life-threatening illnesses, including mesothelioma in Boston and throughout New England. Boston Mesothelioma Attorneys know that many people were unknowingly exposed to asbestos either through work at factories or older buildings. And it’s that exposure that can lead to a diagnosis of mesothelioma and other asbestos-related illnesses. 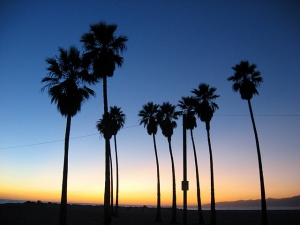 Entire towns could have been exposed to asbestos as the tainted vermiculite was shipped from 1920 to 1990 throughout the country. Asbestos was a popular insulator because of its fire-resistant abilities and so it was used in the building of houses as well as in the manufacturing of other products, such as brake pads, cement, generators and all other sorts of commonly purchased goods.

Exposure to asbestos can go largely unnoticed for years and sometimes decades. Research has shown that these microscopic flakes can be inhaled and travel through the blood stream until they rest on major organs, including the lungs, heart or liver. They can stay for up to 30 or 40 years undetected before a person has the symptoms common of mesothelioma, such as coughing, fluid build up and chest pain. Once a person is diagnosed with mesothelioma, they have, on average, a year to live.

There is no cure to this form of cancer and the effects can be devastating to a family. A life can be cut short because a former employer denied to improve upon the safety of their workers by allowing a building to be tainted with asbestos, despite knowing the problems of the material.

In our latest blog in a series about sites detailed by the CDC, Boston Mesothelioma Lawyers hit the west coast, with three plants that processed tainted vermiculite in California.

Mesothelioma in Santa Ana: This W.R. Grace & Company plant in Southern California processed vermiculite from a mine in Libby from 1972 to 1993.
During that time, workers at the plant processed more than 400,000 tons of vermiculite and in 1990, when the plant was still operating, about 35,000 people lived within a mile of the plant.

Asbestos in Los Angeles: This plant processed vermiculite from 1950 to 1977, processing more than 120,000 tons of the natural mineral. It’s unclear for what purpose the vermiculite was processed at this plant.

Mesothelioma Diagnosis in Newark: This W.R. Grace plant operated from 1966 to 1993 and workers, those who lived with them or lived near the plant may have been exposed to asbestos.

In the 27 years the plant operated, it processed about 300,000 tons of vermiculite from the mine in Libby. This plant is located about 30 miles south of San Francisco in a mixed commercial, industrial and residential use area.