For several months now, Boston Mesothelioma Lawyers have been chronicling the more than two dozen sites where people may have been exposed to harmful asbestos fibers from processing plants.

As the series moves farther from the possible asbestos exposure in New England to sites out west, this blog will look at people who may have gotten mesothelioma in Portland, Oregon, Spokane, Washington and Honolulu, Hawaii. 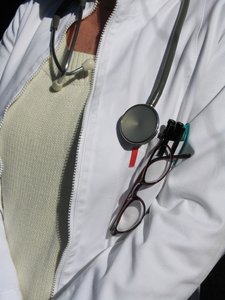 Mesothelioma is a rare and incurable form of cancer. After exposure to asbestos, which has never been banned in the United States yet has been tied to mesothelioma and other illnesses, the microscopic fibers travel through a person’s body before landing on the lining of major organs, such as the heart, lungs and liver. There, they can stay for decades, developing and forming tumors. Some people can be exposed 30 to 40 years before diagnosis. And once diagnosed, the patient typically lives 12 months or less.

Asbestos exposure may have come at an early age, perhaps when serving in the U.S. military or while using commonly purchased consumer products, such as brake pads, floor and ceiling tiles, insulation or boiler room equipment, for instance. Or the exposure could have come by working years in an old factory or living in an older apartment complex.

Asbestos was used because of its fire-retardant qualities. But as more and more people became sick, companies were resistant to make changes and clean up their buildings. Many corporations knew the harmful effects of asbestos, yet continued to use it. And now, decades later, people are dying from it.

The Centers For Disease Control and Prevention analyzed 28 sites across the country where vermiculite, a natural mineral, was either mined or shipped to for processing. Seventy percent of the country’s vermiculite came from Libby, Montana and much of that vermiculite was tainted with asbestos.

The CDC analysis of those sites looked at whether those areas may have caused people to get sick and whether there is still dangerous asbestos in the soil some 15 years after mining stopped in 1990.

Mesothelioma Portland: This city had two processing plants, one run by Vermiculite-Northwest, Inc.and the other run by Supreme Perlite Company.

Mesothelioma in Spokane: Washington’s only vermiculite processing plant, this facility was owned and operated by Vermiculite-Northwest and W.R. Grace. This plant processed more than 100,000 tons of asbestos.

Mesothelioma in Honolulu: This facility operated from 1954 to 1983 and was run by Vermiculite of Hawaii. Records show the plant received more than 100,000 tons of vermiculite for processing during that time.