Asbestos is a naturally occurring substance that humans have used for thousands of years, but it was not until the mid to late 1800s when asbestos began to be heavily mined and used in most every aspect of production. While the companies were well aware of the dangers of asbestos and even to steps to hide this fact, the general public did not know the full dangers of the hazardous material until the late 1970s and early 1980s. 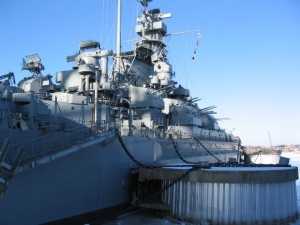 Remarkably, those producing asbestos knew exactly how dangerous it was from the beginning. Amazingly, as asbestos was used for thousands of years, researchers have found ancient texts that translate into warnings about how the substance was making people sick after they came in contact with it. Now that everyone knows the dangers of inhaling asbestos fibers, we would all hope that malignant mesothelioma was a thing of the past, however according to a recent news report from U.S. News and World Report, the dangers of asbestos are “still lurking.”One of the major reasons we are still seeing new cases is the manner in which asbestos fibers harm those exposed. In some cases, people will develop a serious medical condition known as asbestosis. This is not lung cancer or malignant pleural mesothelioma. Asbestosis is a disease caused by the asbestos fibers being embedded in the lungs. The fibers will end up tearing the lung tissue on a microscopic level. After the tissue is torn, scar tissue will form in the lungs, making it painful and difficult to breath. Many people who suffer from asbestosis have shortness of breath and symptoms similar to Chronic Obstructive Pulmonary Disease (COPD) that affects smokers. Asbestos can be deadly, but victims will usually survive with quick and appropriate treatment. It usually takes around ten years for a patient to develop asbestosis after initial exposure to asbestos fibers.

In addition to asbestosis, the deadly asbestos fibers can obviously cause mesothelioma. There are three types of mesothelioma, depending on where the tumors are formed. If the tumors occur in the lungs, the patient is said to have malignant pleural mesothelioma. If the tumors form in the abdominal cavity, they are called peritoneal tumors, and if they form in the chest cavity, but not the lungs, this form of cancer is known as pericardial malignant mesothelioma. It can take anywhere from 10 to 50 years for a patient to develop mesothelioma after exposure to asbestos, but doctors typically expect the cancer to become detectable in about 40 years. This means there will be another wave of victims who worked in the shipyards and industrial plants. Many who suffer from malignant mesothelioma in Boston working in factories or ship yards during the 1970s.

However, these shipyard and factory workers are not the only victims we expect to see. Asbestos was used in many aspects of home and commercial construction. Typically, the asbestos was deadly to the workers building the homes and businesses but not dangerous to the tenants. Now, these old buildings are starting to crumble from age and failure to maintain them, and the residents are now becoming exposed to asbestos fibers.