According to a recent article in the Madison County Record, a couple is suing various defendants in connection with the husband’s exposure to deadly asbestos fibers and subsequent illness. The couple has named over 20 companies as defendants in the asbestos lawsuit. 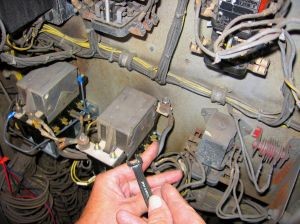 In the plaintiffs’ complaint, they alleged husband became exposed to asbestos between 1962 and 1999, which constituted his working years. During this time, he worked as an auto mechanic and a pattern maker. In both occupations during that time, workers would regularly come in contact with deadly asbestos fibers.

Asbestos is naturally resistant to heat and fire and, for that reason, was used in a lot of auto parts. Asbestos was used especially in parts such as breaks and brake shoes. The asbestos would prevent the hot rubber from catching on fire. When a mechanic went to change breaks or brake shoes, there was a lot of dust, and that dust contained deadly asbestos fibers. When an employee would inhale the deadly fibers, they could become trapped in a layer of tissue known as the mesothelium, where they can develop into mesothelioma.

In this case, the plaintiffs say that husband was diagnosed with asbestosis and had to spend a significant amount of money on medical expenses and suffered a great deal of pain and suffering. The plaintiff has also said it has interfered with husband’s ability to live a normal life. One of the defendants in the case is the Metropolitan Life Insurance Company, and another company now owned by the insurer, Pnuemo Abex Corporation, started to perform research on the dangers of asbestos as early as the 1920s. Plaintiffs claim the company took efforts to hide this information from the general public and worked to suppress publication of research papers explaining the true effects of asbestos exposure to workers. This is the reason plaintiffs have also included claims of fraudulent misrepresentation in the complaint.

In addition to claims against the insurance company, plaintiffs also included many defendants that manufactured asbestos products during that time. This is one of the more complicated aspects mesothelioma injury lawyers have to deal with in some of these cases. There is no question that asbestos caused the plaintiff to become sick, but there is a question as to exactly which company made the asbestos that caused the plaintiff’s injuries.

If you have been injured by asbestos, the best thing you can to help your Boston mesothelioma injury attorney obtain a full and complete financial recovery for you is help figure out when and where you were exposed to asbestos. You can start by making a complete list of everywhere you ever worked and what type of job it was. Then you should speak with anyone you still know that worked with you at these locations to see if they or anyone they know became sick as well. The more information you can provide, the better your chances will be of obtaining a full and appropriate recovery. It is also helpful to make a list of everyone you ever lived with, as home exposure can also be a cause of asbestos-related illness.