A Massachusetts heating and cooling contractor is accused of improperly removing asbestos from a single-family rental unit – against state law – and then bullying the tenant into silence. 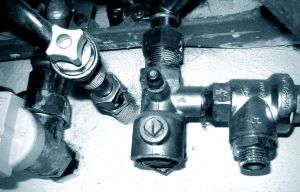 Our Boston mesothelioma lawyers couldn’t be more appalled by these allegations, considering the harm to which the contractor reportedly exposed the tenant by his negligent and quite possibly criminal actions.

The reality is that Boston, like many large, older cities in the country, is riddled with asbestos is its schools, government buildings, businesses and even homes. It’s almost inescapable in a structure built in the first half of the 20th Century, given its pervasiveness in products from insulation to tiling to drywall to bonding agents – the list goes on and on. Both the federal and state government are well aware of this, as well as the dangers posed by the presence of these products if they are disturbed. That’s why there are very strict laws about how renovations and demolitions of asbestos-laden structures must be carried out.

At the federal level, the National Emission Standards for Hazardous Air Pollutants for Asbestos, under Section 112 of the Clean Air Act, establishes the safe work practices required to minimize the release of asbestos fibers during projects that involve asbestos-laden structures. Massachusetts has its own laws regarding safe practices as well, which require workers to notify the state when asbestos removal is going to occur and to strictly follow a set of protocol regarding the removal, storage and disposal of the material.

Violators can be sanctioned with criminal charges, prison time and hefty fines.

In this case, the 42-year-old contractor is being criminally charged by the state with two counts of violation of the state’s Clean Air Act for his failure to file notice of asbestos removal with the Massachusetts Department of Environmental Protection. He also failed to prevent asbestos emissions, prosecutors say. Additionally, he’s charged with one count of intimidating a witness.

The property owner is also facing two counts of violation of the state’s Clean Air Act.

Both men have pleaded not guilty, according to the state attorney general’s office.

The property owner is accused of hiring the contractor, who was not licensed in asbestos removal, to replace a boiler inside a rental home where a family with a number of children resided. While the contractor was conducting the work, he failed to seal off the basement. The heating pipe insulation contained asbestos, which was dangerous not only for the contractor but for the unsuspecting family living there as well.

Neither the homeowner nor the contractor took measures to inform state or federal officials that asbestos removal work would be taking place.

Exacerbating the situation was the fact that when the contractor learned he could be facing criminal charges, he went to the home and threatened one of the tenants -a parent to the small children – warning them not to testify against him. This is why he is facing an additional charge.