There are 55 countries in the world that have banned the use of asbestos, the material proven to cause mesothelioma cancer. 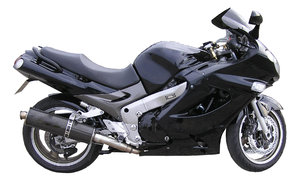 Our Boston mesothelioma lawyers understand that one man in Illinois had set out to change that. Sadly, he passed away late last year of the disease, at the age of 46. Now, as the Pekin Times reports, his wife is picking up his torch.

In an interview late last month, she was quoted as saying that the disease took his life, but it never stole his spirit or passion – or his desire to see asbestos barred from use in this country.

His wife is now hosting a memorial motorcycle ride in her husband’s honor, to raise funds for mesothelioma research and also to promote awareness about the U.S. government’s failure to enact a ban on asbestos.

In fact, asbestos was banned for a short time in certain products. Back in the 1970s, the U.S. Consumer Product Safety Commission had banned the use of asbestos in certain products, like wall patching compounds and textured paint. In July of 1989, the Department of Environmental Protection issued a final rule banning most products containing asbestos. It prohibited the manufacturing, importation, processing or commercial distribution of many asbestos-containing products. However, the regulation was overturned by the Fifth Circuit Court of Appeals in New Orleans in 1991.

According to the EPA, the products that are still banned include:

It’s also banned for use in fireproofing and insulation and “decorative” purposes.

Still, there are numerous asbestos containing products that aren’t banned in the U.S. Those include:

What’s more, the EPA doesn’t track the manufacturing, processing or distribution of products that contain asbestos in the U.S. The agency instructs, “It would be prudent for a consumer or other buyer to inquire as to the presence of asbestos in particular products.”

But consumers shouldn’t have to ask whether the products they are purchasing contain a substance that could kill them.

And that’s the point made by the widow in Illinois. Had asbestos been banned in this country during his life, he would probably still be alive today.

His widow believes that he most likely was exposed to asbestos while serving on a ship in the Navy.

All proceeds from the memorial ride are going to a scholarship fund in her husband’s names, as well as the Asbestos Disease Awareness Organization and the Mesothelioma Research Foundation.