We recently wrote in our Boston Mesothelioma Lawyers Blog about universities in Boston that had been slapped with large fines as a result of improper removal of asbestos and other violations. 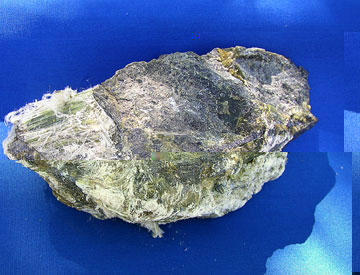 Now, Texas State University has come under fire for asbestos found in one of its dorms.

University officials say they are working to remove the deadly material, and though they contend it never posed a risk to students, some who resided at the dorm in previous years say they were frequently sick during their time there.

Unfortunately, the students may not have much of a case if they try to take the university to court because scientific research conducted so far has indicated that asbestos fibers are dangerous when airborne. The simple presence of asbestos in a building – which is quite common in structures built prior to the 1980s – is not necessarily going to make you sick.

Usually, the problem is when asbestos is not properly removed, causing the fibers of the heat-resistant material to become airborne. Once they are inhaled in the lungs, they can create scarring and causing lung cancer, asbestosis and mesothelioma, which is a cancer that attacks the body’s internal organs.

A person’s chances of getting mesothelioma depend a great deal on how much exposure they endured, coupled with how long that exposure lasted. That’s why most typically, mesothelioma patients are individuals who worked closely with asbestos-laden materials. For example, someone who worked in a Navy shipyard where the material was ever-present or as an auto mechanic with parts that were made with asbestos. Day in and day out, they were exposed.

The latency period for asbestos is 10 to 40 years, sometimes longer. That’s how long it takes after exposure for the disease to manifest.

Still, the students’ claims can’t be entirely dismissed. One young woman who resided at the hall where asbestos removal work is now ongoing says that she immediately became ill once she moved in. She was diagnosed with bronchitis for the first time in her life, and was even prescribed an inhaler to cope with breathing problems. Once she moved into another residence off-campus, she told the student newspaper, her health problems disappeared.

School officials say they first began testing buildings on campus for the material, and having discovered a high quantity of it in several structures, it has been incrementally working to remove it. Mostly, they say it has been found in vinyl floor tile and sheet flooring in the buildings.

Given that these materials could have deteriorated over time, it’s possible that some of the substance did become airborne, posing a serious risk to students who lived there. That much was even admitted by school officials.

Still, there have been no formal claims of illness as of yet.

The university has instructed all dorm residents not to disturb the ceiling, floor tiles or walls in any of the halls, rooms, common areas or pipes , as an added precautionary measure.