Improper disposal of asbestos waste can endanger the health of anyone who comes in contact with it.

According to a recent news article from Detroit Free Press, authorities located several bags of construction debris that contained deadly asbestos fibers.  This construction project involved some major demolition work before any new work was to take place. 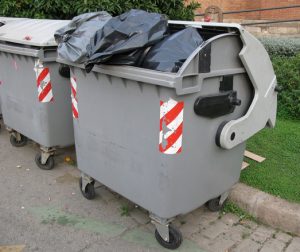 When the bags were first discovered, some individuals were concerned that they contained asbestos waste and called the police.  Police officers arrived on the scene and called in personnel from the state environmental protection agency to determine what was in the bag. Specially trained personnel took samples from the bags and sent them to a materials testing lab for microscopic evaluation.As our Boston mesothelioma lawyers can explain, even when inspectors are convinced they are  dealing with asbestos or asbestos waste, they will still send it to a lab for further testing as required by the federal Clean Air Act.  The reason for this is because allowing people to guess, if they are erring on the side of caution and saying it is asbestos, can lead to harmful results if people start guessing that a substance is not asbestos without further testing.

In this case, when the suspected material was sent to a lab for testing, it was confirmed that it was Chrysotile asbestos, which is one of the naturally occurring forms of asbestos and was commonly used in various construction applications. However, this test revealed that there was a very low amount of asbestos in the bags and that this low amount was below regulatory guidelines.

Findings such as this can lead to serious misconceptions as well as serious health risks.  There is no such thing as a safe level of asbestos. If asbestos is in a state where the fibers are being released and people can inhale or ingest them, there is always a risk of developing malignant mesothelioma.  This has to do with what happens when a person inhales the fibers.  Asbestos fibers can become lodged in a layer of tissue known as the mesothelium.  This is why the disease is called mesothelioma. There is no way for the body to remove these fibers, and they can interact with the cells and cause them to form mesothelioma.

There is no safe level of exposure. While it is true that the more asbestos a person inhales, the more likely it may be for them to develop mesothelioma, it can also happen after brief periods of exposure. Courts have found even five days of exposure to asbestos over the course of a person’s entire life was enough to have caused plaintiff’s malignant mesothelioma. One reason we are able to make such a determination is because of the rarity of mesothelioma. It is safe to say that virtually every person who has been diagnosed with malignant mesothelioma was exposed to asbestos at some point during his or her life.  While it is hard to believe something is impossible, especially in nature, mesothelioma just doesn’t seem to occur absent an exposure to deadly asbestos fibers.

With that in mind, the hard part in many mesothelioma lawsuits in Boston is proving where and when the patient was exposed to asbestos.  This is crucial because asbestos was made and used by many different companies, and we have to make sure we have the right defendant in your particular case.

Bags at Detroit demo site had some asbestos, May 11, 2017, By Joe Guillen, Detroit Free Press