Boston mesothelioma attorneys are going to have to get even more aggressive in fighting for their clients, following a decision by the high court in Pennsylvania, which could have far-reaching implications. 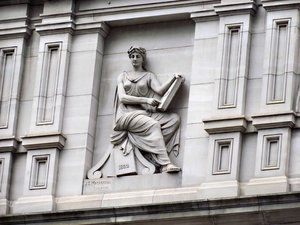 At issue in Betz v. Pneumo Abex llc. was whether scientific evidence showing that even a slight amount of exposure to asbestos was enough to merit liability in mesothelioma cases.

In a 6-0 opinion, the Pennsylvania Supreme Court ruled that it was not.

This gets to the heart of what’s known as the “any fiber” or “any breath” legal theory of causation of who is responsible when someone falls ill – and eventually dies – from mesothelioma, a rare cancer attributable almost exclusively to asbestos exposure.

Essentially, it’s not enough to prove that the individual was simply exposed to asbestos as a one-off situation. A defendant has to show that repeated and negligent exposure was responsible for their cancer.

In most mesothelioma cases this is not going to be a devastating blow because it’s usually not difficult to prove that the responsible party was negligent in its asbestos exposure and further that the individual was repeatedly exposed. A lot of these cases involve former workers whose employers did not do enough to shield them from exposure.

That was the case here in Pennsylvania.

In early 2005, a retired auto mechanic filed a complaint for product liability against Allied Signal Inc., Ford Motor Company and others, alleging that in his nearly 45-year career, he was repeatedly exposed to asbestos in products such as brake linings, that directly resulted in his mesothelioma.

After filing the lawsuit, the plaintiff died, and his wife took over the case.

This was one of a number of similar cases against the same defendants that were pending in the state’s common pleas court. Those defendants anticipated that several of the plaintiffs, including this one, intended to base at least part of their case on the expert legal theory that purports that every single asbestos exposure, no matter how small, contributes to asbestos-related diseases.

These companies wanted to stop that theory from being used in each of these trials, so they filed what’s called a global motion, which would stand in each of the pending Pennsylvania cases. Their stance was that this single-fiber theory of exposure was not rooted in valid science.

Disappointingly, the justices, in a 53-page decision, sided with the companies, saying that it was not enough to show that someone had simply been exposed to asbestos. It had to be shown that the exposure was significant.

Where this becomes a challenge for mesothelioma attorneys is that they now have evidence of the dosage of asbestos to which a person was exposed, proving for example that one company may hold greater responsibility than another, based on the level of exposure.

Of course, this ruling is only valid in Pennsylvania, although Texas has also barred this theory. However, given the precedent that’s been set and the fact that a lot of these same companies are party to cases here in Massachusetts, it likely won’t be long before this issue arises here as well.

That means your Boston mesothelioma attorney must ensure your case is well-researched and solid before moving forward.