Massachusetts mesothelioma lawyers know that for many plaintiffs, their exposure to asbestos – and ultimately their mesothelioma diagnosis – were not the result of an isolated incident or even a singular job. 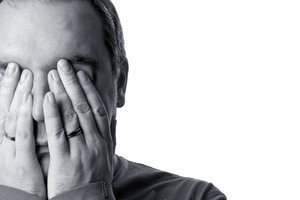 That was the issue in Gallagher v. Nat’l Grid USA/Narragansett Electric, in which the Rhode Island Supreme Court affirmed the decision handed down by the Workers’ Compensation Court Appellate Division.

Some have alleged that when plaintiffs claim more than one defendant in a mesothelioma case, that shows some type of fraud. The fact of the matter, however, is that numerous employers and manufacturers used and sold asbestos-laden products without regard for the cancer it would later cause to workers and consumers.

Such was the case here, and at issue was who should ultimately have to pay.

Dennis Gallagher lived in Rhode Island and that’s where this case was decided. However, the basic facts are still applicable here in Massachusetts.

Essentially what happened here is that the Workers’ Compensation Court had ordered one company to pay damages to Gallagher. An appellate court vacated that order, and instead laid blame on another employer. The state’s Supreme Court affirmed the latter, following petitions for writ of certiorari (or review) filed by both the company deemed subsequently responsible and Gallagher’s widow.

His case begins like so many others. He started his professional career as a welder, where he worked for a boat company in Connecticut between 1965 and 1971. He reportedly worked on submarines that were “loaded” with asbestos. Prior to his death, he testified that workers were constantly moving it in and out of his work space. The pipes at his work place were insulated with asbestos, which meant it then became airborne. This airborne exposure has been proven to cause mesothelioma.

Additionally during this time, the air filters were loaded with asbestos and he also was given asbestos gloves and asbestos blankets.

Then in the decade between 1974 and 1984, Gallagher was a supervisor, planner and welder at a boat yard in Rhode Island. During his time there, he reportedly worked with heater covers that were covered with asbestos. Additionally, he was given gloves made of asbestos to handle the hot metal, as well as blankets made of asbestos, which he used to cover himself or an area to insulate from fire or potential burns. At this location, some areas were ventilated, others not. He himself was never given a personal ventilator for use.

Then in 1984, Gallagher started working as a mechanic technician welder at a plant in Providence. There, asbestos covered the pipes inside the boilers. At least once annually, the asbestos was stripped, put into bags and either replaced or mixed and reused. These were done in the same area where he worked, and he sometimes helped out – without ventilation.

He was asked whether he believed he was exposed to the substance between then and 2004, when he was diagnosed. He said he believed so because old parts still remained in the structure.

While a workers’ compensation court awarded a judgment against USGEN for asbestos exposure, the appellate court vacated that ruling, saying that exposure to asbestos is unlikely to result in a mesothelioma diagnosis until many years later. The exposure that likely caused his cancer, it was reasoned, happened much earlier.

The Supreme Court confirmed this. While it’s encouraging from the standpoint that his widow was still compensated, we certainly maintain that the later asbestos exposure could have contributed to his disease and subsequent death.