Technology that was developed in order to sniff out bombs at airports also apparently has the ability to detect certain types of cancer – namely, mesothelioma. 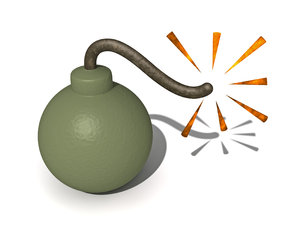 Our Boston mesothelioma lawyers are encouraged that the advances in medicine are focusing on this fatal disease, hopefully moving us ever-closer toward a possible cure.

As of now, the asbestos-causing disease is fatal, though it typically lies dormant in one’s system for decades before symptoms are apparent. While there are treatments that may prolong life to some extent, there is no cure and most patients die in a matter of months.

That’s the reason this particular advance is so important. If we could work toward diagnosing this disease sooner, the odds for a longer-term survival could assuredly be improved.

The study, conducted by the University of South Wales and published in the European Respiratory Journal indicates that the CyraNose 3200, which was created for the purposes of bomb detection, also locates developing cancers, such as mesothelioma.

This a hand-held device that’s already widely used in airports, and it is able to root out explosives by searching for the presence of chemicals.

Interestingly, researchers were able to successfully link this same technology to a type of breathalyzer test. It works by detecting certain chemicals that are reportedly produced by the illness and present in a person’s system.

This is quite remarkable breakthrough, considering the difficulty doctors have in diagnosing the disease before symptoms are present.

It worked like this: The machine is equipped with 32 different chemical sensors. Scientists used it to check the breath of patients suspected of having mesothelioma and then also with a control group whom it was known did not suffer from the disease.

The experiment revealed that the device was accurate in diagnosing the cancer in nearly 90 percent of the cases.

Some doctors have said this is the least invasive form of mesothelioma diagnosis that is currently available. Other methods involve biopsies or other painful procedures.

Creating a diagnostic approach that allows for simple breath testing means it will be ideal for older people, those who are infirm and even those who are in intensive care. Additionally, you can do the test multiple times with little to no impact on the patient.

Once this technology becomes more mainstream, it may encourage more people to get tested earlier – possibly allowing them to catch it early and ultimately live longer.

Another similar device was tested in Italy last year. Researchers there worked with a group of about 40 people. A third had pleural mesothelioma, another third had some form of asbestos-related disease and the last third had no known asbestos-related cancers. The test was able to product with 80 percent accuracy which individuals had which disease – and which were cancer-free.