New England mesothelioma cases are the direct result of negligent exposure to asbestos. 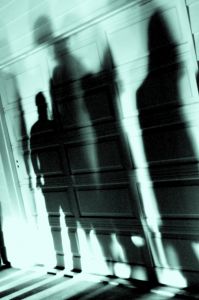 Our Boston mesothelioma attorneys know that for many victims, it isn’t possible for justice to ever fully be served because currently, those who have been diagnosed with this awful disease aren’t going to get better. No amount of money is going to cure them.

However, these judgments are often about principal and about making sure that the victims’ survivors are going to be cared for after they die – usually decades sooner than they would otherwise.

But despite all the knowledge we have about the dangers of asbestos exposure, some companies still don’t seem to care about following the basics for removal of this deadly substance.

Sure, it’s contained in a lot of old materials, but there are very strict guidelines for how it must be handled in order to prevent exposure not only to workers but the general public. The danger is that if ingested through inhalation, a person could be at serious risk for mesothelioma or other cancers.

The Massachusetts Department of Environmental Protection takes these violations fairly seriously – and companies and their contractors should take heed.

The most recent case was a contractor in Mansfield that was fined nearly $20,000 for violating asbestos removal rules while working at the Boston Common Garage.

According to a press release by the state DEP, the company, National Restorations Systems Inc., was reportedly hired to complete demolition and renovation at the Boston Common Garage. For those who may be familiar, that’s the downtown garage at 0 Charles Street.

The company is actually based out of Illinois, but has a regional office in Mansfield, so it was able to complete the work locally.

The work started back in September of 2010. Just a few days after work began, a public safety official stopped a trailer that was pulling away from the site. It was believed that the trailer contained material that had asbestos in it. Both the vehicle and the trailer were ordered back to the construction site. At that point, the materials within were tested for asbestos.

The results of those tests found that there was in fact asbestos in certain pipe coverings.

The company was cited not only for failure to notify the state’s DEP about the presence of asbestos, but also for failing to properly remove it, according to state law.

It is believed that the demolition was stopped in time to prevent any major exposure to the public in the heavily-populated downtown area.

The company’s president has refused comment to the press.

The DEP has said that half of that must be paid by the company immediately. If it remains in compliance with state and federal laws, however, the remaining balance will be suspended.