As we’ve previously reported in our Boston Mesothelioma Lawyers’ Blog, more than 100 companies deemed responsible for lethal asbestos exposure have filed for bankruptcy and established trusts in order to pay out claimants and minimize litigation. 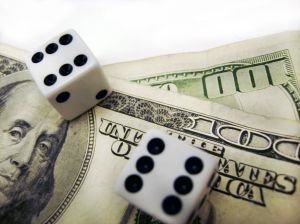 Boston mesothelioma lawyers recognize that there are pros and cons to this system.

On the one hand, there is the assurance that there will likely be money still left for those who will file Boston mesothelioma claims in the future. This is particularly important for a disease that remains dormant for decades.

On the flip side, those payments that are made are generally pennies on the dollar. They are nowhere near what you will get if you are successful in winning the case in court.

Now for most people, we know, the dollar amount isn’t always the point. Of course, you want to ensure that your family will be cared for. However, for many people, it’s often about the principal of the matter. These companies knew what they were doing was killing people. They knew it. And whether motivated by greed or some other force, they chose not to act. They chose not to change their practices. And they chose not to protect their workers and those in the general public.

Through bankruptcy filings and the establishment of a trust, these companies are allowed to remain operational. They are allowed to continue to make a profit.

Some people will see this as a plus. After all, how can they continue to make payments at all if they are shut down?

However, the fact that these trusts don’t guarantee a fair pay-out for those who file a claim is unfair, and should be addressed by our legal system.

We know that the first asbestos-related claims started trickling in in the 1960s. At the time, asbestos was still in regular use in the U.S. In fact, as late as 1973, the U.S. Geological Survey estimated that some 800,000 metric tons of asbestos were consumed by the U.S. That figure has fallen by about 99.9 percent in the U.S. since then.

Also in the interim, about 100 asbestos trusts were established.

Now, all of these trusts value claims in a different way. Take for example the Johns Manville trust. It values a diagnosis of mesothelioma at around $350,000. Meanwhile, the Owens Corning trust values that same diagnosis at about $215,000.

This is likely far less than what you would get if you took the case to court. On the other hand, a court case can be much more time-consuming then filing a claim with an asbestos trust.

The John Manville trust says that in the nearly 25 years since it was founded, it has received nearly 880,000 claims (10 times more than what it had initially anticipated) and has paid out an estimated $4.2 billion. What’s more, filings are actually increasing as more and more people are learning their asbestos exposure has led to a mesothelioma diagnosis. In fact, filings have risen nearly 60 percent just in the first nine months of 2011, when compared to 2010.

The trusts’ assets, meanwhile, dropped by more than 10 percent.

So now, the trust has been paying out legitimate, approved claims for far less than what they are actually worth. So for example, if you are approved for a claim of $100,000, you’re likely to actually get about $7,500. That is pittance, and it’s likely not even enough to scratch the surface of your medical bills.

Other trusts are paying anywhere from 18 to 35 cents on the dollar.

In some cases, trusts have asked to suspend all current cases while the sort out how much they can actually afford to pay.

The point is, if you are diagnosed with mesothelioma, you do have options – and those should be discussed at length with an experienced Boston mesothelioma attorney.