As our Massachusetts mesothelioma lawyers blogged about in September, our neighbors to the north in Canada have come under fire in the international community because it makes hundreds of millions of dollars from exporting asbestos to other countries.

An article in September reported that investors came up with $25 million to continue the asbestos industry in Canada after it was beginning to die out. Despite backlash from the public because asbestos is known to be a deadly mineral, investors hope to ship the dangerous material to third-world countries, where there are fewer regulations and where people have less of a voice to stop it. 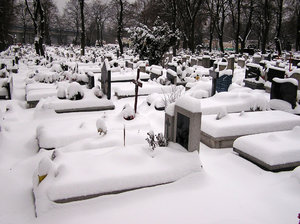 It has been reported that more than 50 percent of deaths in one village in Turkey are because of asbestos-like exposure in materials used to build houses. Canada’s efforts, along with Russia as the two largest exporters of asbestos, could very well lead to many diagnoses of mesothelioma.

Mesothelioma is a rare form of cancer that is incurable. It is caused by exposure to asbestos. Strangely, the exposure can happen years and even decades before a person is diagnosed. That’s one reason many military veterans, especially those who served in the U.S. Navy, are now being diagnosed with and dying from mesothelioma. The Navy used asbestos to coat its warships and submarines for decades.

Canadian officials, who were virtually alone last year to block a United Nations treaty that would have added asbestos to a list of restricted hazardous materials, have faced criticism both inside the country and worldwide. Critics say exporting the material to less-developed country is akin to profiting off death.

Supporters say that the new, modern asbestos is more tightly bonded and won’t flake apart and cause damage. The man leading the charge to export Canada’s asbestos is Indian and has said he doesn’t feel that this new asbestos is damaging like the asbestos of days gone by.

A recent article out of Toronto looked at Canada’s asbestos situation, including the fact that 125 million people are exposed to asbestos in their workplace, and more than 100,000 people die every year from cancers related to asbestos exposure.

The most shocking issue reported by the article is that asbestos is banned in Canada and yet it is a large exporter. In the United States, asbestos isn’t actually banned, but it hasn’t been used for decades.

Officials in towns where asbestos is a major industry seem oblivious to the harmful effects of asbestos, the article states. The towns have used asbestos to salt roads during snow storms and have used piles of it at ATV parks primarily used by teenagers.

They point out that smog, highway accidents and tobacco use are far more dangerous than the asbestos that is keeping their towns afloat and their people working. Sadly, money has overrun common sense.

And the article goes on to report that money — and politics — is the reason Canada’s dangerous asbestos industry is coming around, even in 2011. It’s because India’s government has far fewer regulations on asbestos and other dangerous materials and its people — poor and with little voice — can’t resist. Apparently making money with little to no regard for human life has driven the rebirth of Canada’s asbestos industry.

Thankfully, American companies aren’t attempting this. But residents still are at risk because many buildings and products were created with asbestos, which remains there to this day. That’s why mesothelioma will continue to be a risk until all asbestos is removed from our schools, houses and buildings.