After starting in New York City, the Occupy Wall Street movement has spread like wildfire throughout many parts of the United States and the world. Occupy Wall Street protesters say they have taken to the streets and parks of America to highlight problems associated with the separation of classes — the wealthiest 1 percent and the rest of the people. Their biggest frustration is with the big businesses that have made millions, while the middle class continues to seemingly disappear. 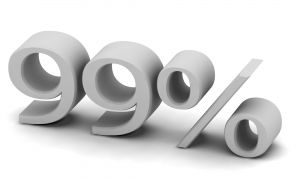 But one recent situation got notoriety not only because there were arrests, but because of the location that protesters decide to take over. A recent group of protesters in Washington, D.C., chose the Franklin School, an old school and homeless shelter that has been abandoned since 2008.

When more than 200 individuals gathered and formed a “human chain” around the building, police negotiated with them to get them to the door in order to avoid more arrests. When firefighters knocked down the door, police arrested 13. But, as the Washington City Paper reports, the building has been known to have lead and asbestos, both hazardous to humans.

As our Massachusetts mesothelioma lawyers have said before, there is no cure and it is fatal 100 percent of the time. When officials have knowledge of this dangerous mineral being inside buildings and do nothing to remove it or warn people, they can be liable.

Many workers in factories and old buildings have given decades of service only to find out years later that they were ingesting the dangerous mineral dust for years. And all that hard work and saving for retirement can be spent on medical bills, despite knowing that they can’t enjoy that time at all. The median lifespan after diagnosis is 12 months.

In the Washington, D.C., case, protesters sneaked into the abandoned building without city permission. They hung a huge banner — Franklin for the 99% — which tipped off the fact that they were inside. Once the word got out and other gatherers came by, police responded.

The article reports that a 2008 building assessment found that the school, listed on the registry of historic landmarks, contains enough lead and asbestos that it wasn’t safe for people to be inside. The report likely shows that it shouldn’t have been used as a shelter in the first place and that many children were exposed to these elements when it was used as a school in years past.

Given that the economy is bad and winter approaching, more and more people are finding homeless shelters a necessity. It may be a good use of funds for city leaders to clear the hazardous asbestos and lead out of the building so it can be used again. The article states that it once had 300 beds available. The city has been closing shelters down in recent months and not building new ones.

Investors are also considering turning the historic landmark into a boutique hotel, which city leaders like because it would generate money through hotel taxes. Either way, buildings shouldn’t stand if they contain dangerous levels of asbestos.

Anyone who goes inside — an inspector, a homeless person or city leader — can be exposed to dangerous levels of asbestos that can be deadly. Even a small amount of asbestos can lead to this rare and incurable form of cancer.