If a person is exposed to deadly asbestos fibers, it normally takes between 20 and 50 years for the victim to know they have cancer. Once the cancer has reached a certain level, it will cause the victim to have chest or abdominal pain, in most cases, and cause shortness of breath. Many patents may think they are having a heart attack or some other type of illness and go to the doctor. Once the doctor confirms the patient has mesothelioma, which is easy to do when a lung biopsy is taken and sent to a lab, the patient will usually be told he or she has between six months and two years left to live, depending on how advanced the cancer has become. 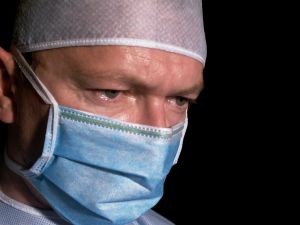 This does not mean there are no treatments that can be performed for mesothelioma, but it would hard to consider any of the options anything close to what might be called a cure for malignant mesothelioma. All of the treatments are radical and invasive. Some involve high doses of chemotherapy or radiation, or more likely a combination of both. Many treatments involve major surgery to remove the tumors, along with all or part of the organ to which the tumors are attached.

However, since malignant mesothelioma is such an invasive form of cancer, simply removing the tumors is not enough, because they are likely to return. For this reason, surgery is often followed by a round of chemotherapy, radiation of both. In some cases, doctors will remove an entire lung or part of a lung with a tumor and then apply a warmed chemotherapy wash directly to what is left of the organ before closing the wound.

Not only are these procedures very invasive and require patients to spend a lot of time in pain and suffering, even in the best case scenarios, these radical surgeries often extend a patient’s life for anywhere form a few months to one to three years. This extra time may involve a lot of pain and suffering as result of the chemotherapy and radiation. This is not to say some people do fair better than others and may actually live for 10 years after they were told they should have died, but these cases are very few far between and are not representative of the typical malignant mesothelioma victim and his or her struggle with the disease.

Doctors do, however, hope that one day in the near future, there will be better options to treat people who are dying from malignant mesothelioma. According to a recent article from CBS News, doctors and researchers are experimenting with a new cryotherapy treatment protocol for malignant mesothelioma patients. This new procedure Mayo Clinic researchers are experimenting with involves freezing the tumor before removing it. Two weeks prior to removing the tumor, surgeons perform a laparoscopic procedure where they insert a tube into the patient and deliver liquid nitrogen directly to the tumor. As it is frozen, researchers hope the body’s immune system will be able to more successfully act on what it now sees as a foreign body. This could mean that when the tumor is removed, there is less of a chance of new tumors forming to replace the one excised.