Here in the United States, and even more specifically in Massachusetts, we have seen a number of individuals and companies arrested and prosecuted criminally for violations of state environmental law regarding asbestos. 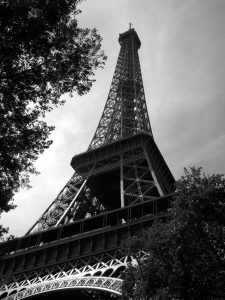 But Boston mesothelioma lawyers know that we have had nothing on the scale of what is happening in France right now, where a former top official of the governing Socialist Party is being prosecuted for manslaughter in connection with thousands of asbestos-related deaths.

Although the outcome of the case is far from certain and the accused official, Martine Aubry, has vigorously denied the charges against her, we find it encouraging that officials in France are taking the matter so seriously. It could mean some modicum of justice for the thousands in that country that died unnecessarily from mesothelioma and asbestosis – both resulting from exposure to asbestos.

The charges in this case are related to Aubry’s work as a top official in the Ministry of Social Affairs. She was the director of industrial relations from 1984 to 1987, before she became a top official in the Socialist Party. Specifically, she is accused of working to help delay the implementation of a piece of legislation known as the 1983 European Union Directive. This was a measure that was specifically designed to strengthen protections for workers whose jobs required direct contact with asbestos.

It was known even then that airborne asbestos particles are deadly. The fibers, when breathed into the lungs, can become lodged in the lining of major organs, such as the lungs and stomach. A person could live many years after that exposure without knowing they’ve been sickened, as the disease can take decades to manifest.

Still, many manufacturers continued to produce and use the material, despite the risk to workers and consumers, because it was cheap, fire-resistant and effective for other purposes.

It’s interesting that France has taken this step to hold leaders accountable, when the U.S. has yet to even issue a formal ban on asbestos – not that some didn’t try. Back in 1989, the U.S. Environmental Protection Agency issued a final rule banning almost all products that contained asbestos. However, by 1991, this regulation was overturned by the Fifth Circuit Court of Appeals in New Orleans, which deemed it unconstitutional. There are a few product-specific bans still in place, but a recent report by the U.S. Geological Survey found that U.S. consumption of asbestos actually increased in the last year.

In the French case, the magistrate has alleged that Aubry allowed industrialist lobbyists to sway the ministry from issuing a complete ban on asbestos materials in the country, and further that she ignored warnings from federal French health officials regarding a ballooning epidemic of mesothelioma and other lung diseases resulting from asbestos exposure.

Specifically, the case against Aubry stemmed from a number of workers who were employed at a car parts manufacturer, where asbestos was being used to build brake pads. Many of those workers later died prematurely of asbestos-related diseases.

Asbestos was formally banned in France in 1997.