A recent story by the Reuters News Service reports that insurance companies are adding more and more money to their reserves to fend off lawsuits on behalf of workers who were exposed to asbestos.

The story cites information from the American Cancer Society that suggest new cases of malignant mesothelioma have dropped at an annual rate of 1.8 percent from 1999 to 2008. But while reported cases may be dropping, the story doesn’t properly address the fact that a mesothelioma diagnosis in Boston can happen 30 to 40 years after exposure to asbestos. So while the numbers may have dropped in the last 10 years, there may be a new wave of victims who are at high risk of being diagnosed. 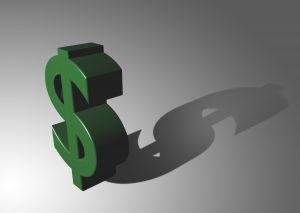 Boston Mesothelioma Lawyers have been fighting big businesses and insurance companies for years. Those who attempt to deny harming people who were exposed to asbestos and suffer from this incurable and quick-to-kill form of cancer need to be held accountable. The average life expectancy for someone diagnosed with mesothelioma is about 12 months.

According to the article, while diagnoses may be dropping, the number of lawsuits have increased, causing insurance companies to put more money into reserves to fend off cases by aggressive attorneys fighting for the rights of injured clients. Insurance companies are seeing more lawsuits against what they call “peripheral insureds,” such as contractors who worked on projects where asbestos was used.

The article focuses on the plight of insurance companies, which tend to make educated guesses about how long a particular risk will endure and how much it will cost them to be done with it. The article correctly implies that for insurance companies, victims are simply a dollar sign and not a person who is hurting from being unnecessarily exposed to asbestos.

The article states that many of the rescue workers at Ground Zero following the Sept. 11, 2001 attacks in New York were exposed to high concentrations of asbestos — in some cases nearly a million times the normal background level.

Asbestos, while it has never been officially banned in the United States, has been used less frequently in recent decades because of its link to illness. It was so attractive to builders because of its ability to insulate and be fire-retardant and was also used to manufacture floor and ceiling tiles and in ships and shipyards for the U.S. Navy.

Many people may have been exposed without knowing it and came to suffer — or will come to suffer in the future. Microscopic asbestos flakes are inhaled and travel through the blood system before attaching to major organs, such as the heart and lungs. They sit for years and sometimes decades before turning into the deadly cancer mesothelioma. The symptoms include chest pain and trouble breathing. Smokers often chalk up the symptoms to their habit, but it may be the asbestos exposure that causes the medical problems.

Insurance industry officials cited in the article lament the fact that asbestos claims aren’t going away any time soon because of their cost. But do the victims and family members of people who have suffered for years deserve compensation. We think so. And now workers’ lives are being cut short because of this debilitating illness.