The University of Hawaii recently received an anonymous $3.6 million gift to research mesothelioma, an incurable and fatal cancer that often goes undiagnosed for decades before killing its victims, The Associated Press reports.

This is great news for the family members of mesothelioma victims in Massachusetts and throughout New England who have witnessed how this cancer’s devastation. Boston Mesothelioma Lawyers are prepared to fight for those who were unjustly exposed to the asbestos that led to a mesothelioma diagnosis. 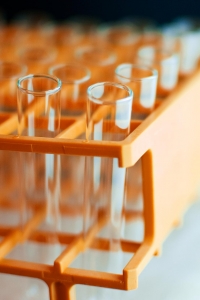 According to The Associated Press, the donation is the second-largest in the university cancer center’s history and could go a long way toward understanding and helping to stop this fatal illness. According to aboutmesothelioma.net, the Hawaii researchers have spent the better part of the last 15 years studying in a region of Turkey where nearly 50 percent of its residents have died from mesothelioma as a result of exposure to eroinite, a naturally occurring mineral found in rock formations that is considered even more toxic than asbestos. It is used in road paving in the United States.

This area of Turkey resembles Libby, Montana, where 70 percent of the country’s asbestos was discovered between 1919 and 1990. In this town there was a mine that employed a large percentage of the population. And hundreds of thousands of tons of vermiculite, which contained asbestos, were shipped to plants that processed it and manufactured goods sold throughout the country. In Libby, thousands have gone ill and hundreds have died and thousands more are probably undiagnosed with mesothelioma and other asbestos-related illnesses after the town was covered in a haze of asbestos flakes.

But Hawaii researchers are hoping to conduct a clinical trial in this region of Turkey, called Cappadocia, in order to further their studies. They have already discovered that asbestos kills cells through a process called programmed cell necrosis that leads to the release of a protein molecule HMGB1. Those exposed to asbestos have an elevated level of the protein in their blood. And it sets off an inflammatory chain reaction in tissue that causes the release of mutagens that promote tumor growth. Researchers believe that by interfering with the inflammatory reaction, it may be possible to decrease the occurrence of mesothelioma.

“Mesothelioma is a serious public health problem,” said Virginia Hinshaw, chancellor of the University of Hawaii Manoa. “We’re proud that Dr. (Michele) Carbone’s team is leading the world in this area of discovery. This gift validates their efforts and will help them remain at the forefront of thoracic oncology research.”

Asbestos exposure is especially problematic in Hawaii because of the military’s use of asbestos in ships and buildings at Pearl Harbor and the remains of the shipyard that was bombed in 1941 by Japanese forces. As a result, Hawaii has higher rates of the cancer than other parts of the country. Veterans from years ago have been diagnosed with mesothelioma in recent years, though the life span after diagnosis is only about a year.