The widow of the late actor Steve McQueen, who died of mesothelioma, is slated to testify before the U.S. House of Representatives, urging lawmakers to formally ban the import of asbestos into the United States. 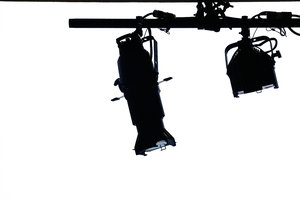 Boston mesothelioma attorneys know it’s a widely-held misconception that asbestos is illegal in the U.S. The fact of the matter is, the U.S. Environmental Protection Agency had issued regulations that would have completely phased out the use of asbestos in all products made here. However, the asbestos industry opposed those regulations and won in a court challenge in 1991.

So while it’s certainly no longer widely-used, it’s not illegal.

This is an extremely important issue to address, given that currently, the only prognosis for someone diagnosed with mesothelioma (caused by airborne asbestos exposure) is death – and usually a very swift one.

Because of the extended latency of the disease, those who were exposed decades ago – when asbestos was commonly used in a wide array of products – are only just now learning of their diagnosis.

While many U.S. manufacturers and builders today do tend to shy away from the use of asbestos in their materials, given the tidal wave of legal action that has ensued, they’re still not legally forbidden from using it.

And therein lies the problem that Barbara Minty McQueen hopes to address in her July 24th testimony on Capitol Hill, which will be on behalf of the Asbestos Disease Awareness Organization.

Steve McQueen, who was dubbed, “The King of Cool,” died at age 50 in November of 1980 after receiving his diagnosis of mesothelioma less than a year earlier. He passed away on an operating table in Mexico, where he had sought a number of unconventional treatments for his mesothelioma after doctors in the U.S. told him there was nothing more they could do.

He was a veteran of the U.S. Marine Corps from 1947 to 1950. Although Minty McQueen says he was very proud of his service, it was during this time, he believed, that he was exposed to asbestos. He reportedly removed asbestos-filled insulation from large pipes in the ship’s hold while he worked in the Navy Yard of Washington, D.C.

There is also the possibility, he believed, that he could have contracted mesothelioma from the asbestos contained on sets and soundstages in Hollywood and New York, or even possibly in the racing suits and helmets he wore as an avid motorcycle racer.

The fact that there were so many products he came in contact with that could have caused his mesothelioma is a testimony to just how pervasive the problem is.

His widow will be speaking at a staff briefing entitled, “Asbestos: Environmental and Occupational Exposure Continues.” She recently penned a book about her husband’s last days, entitled, “The Last Mile…Revisited.”

Her efforts to urge legislators to formally ban asbestos in the U.S. is a noble one, and we support her in it.