The Massachusetts Bay Transportation Authority (MBTA) or, as it more commonly known by locals as the “the T,” is suffering a major setback in an effort to restore and refurbish its green line trolley cars, according to a recent news feature in the Boston Globe.   The green line is one of the older parts of the system and, with its street level trolley cars (also called Ts), is one of its most well known aspects to those who do not live in the city. 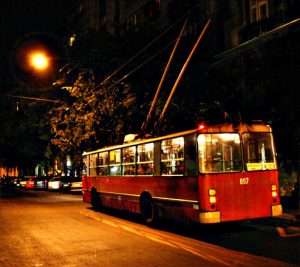 Unlike in Europe, trolley cars are not very popular in most cities in the Untied States.  There are a lot of reasons for this, but it is primarily because General Motors purchased the right-of-way to much of the trolley tracks in the U.S. following the Second World War.  The reason the company did this was so they could destroy them leaving their bus manufacturing business with little competition in terms of public transportation options, and most trolley lines were replaced with bus lines.  In some cases, these were actually electric bus lines that used the same power lines as the trolleys, and examples of this can be seen in Boston and Cambridge today.

Due to the lack of trolley in use, they must be special ordered, typically by Canadian or European manufacturers, and this is quite costly. While the MBTA has been buying new trolleys over the past decade or so, they are working to restore the trolleys they have now, because they believe this will cost less than purchasing new ones.

However, this recent $11.5 million trolley restoration effort has hit a hitch in the road, as they have discovered asbestos in the aging trolleys.  As our Boston asbestos lawyers are aware, asbestos was used heavily during much of last two centuries as part of the industrial revolution.  This is because asbestos, a naturally forming element made up of various types of silica, has an incredible ability resist heat, fire, caustic chemicals, and electricity.  With the trolleys being powered by electricity, asbestos was often used to shield critical components and passenger compartments from the deadly currents.  Asbestos was also used in heating systems due to its ability to prevent fires.  At one time, asbestos was also used in brakes and the components of braking systems such as brake shoes, but since these parts are consumable, most have been replaced years ago with material that does not contain asbestos.

The oldest of the trolleys currently in service that are known to contain asbestos were built in the 1980s.  While it is true that there was a ban on asbestos put in place in the 1970s, that ban was later overturned by the United States Supreme Court on grounds that it was enacted without constitutional authority to do so, and there were goods being made with asbestos in the early 1980s.

The original plan was to have the asbestos removed and all restoration work competed by the beginning of 2017, but now it seems that the approximately 80 trolley cars will not be placed back on revenue service until the end of 2017 at the earliest.