In recent years, there have been a number of sizable mesothelioma lawsuit damage awards. This has prompted oft-repeated refrains for tort reform, questions about how jurors could ever conclude such a sum was justified and lamenting that such awards drive up various costs (taxes, insurance, product prices, etc.) for the rest of us. 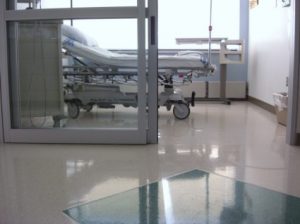 Certainly, our mesothelioma attorneys know that these damage awards sound like an awful lot. After all, how many of us ever dreamed of winning $11 million or more?

But what is often misunderstood is that these damage awards are not windfalls. They are compensation for actual irreversible harms – up to and including death. Yes, punitive damages – intended to punish defendants for egregious wrongs – are sometimes factored in. But plaintiffs have to meet a certain proof burden before they can even seek punitive damages and they are only ever awarded in the most serious of cases.

It’s untrue that these kinds of damage awards drive up costs. For example, medical malpractice damage awards comprise just 3 percent of total health care spending. Plus, even in jurisdictions where damage awards are capped, insurance prices don’t go down. It’s the same in many other industries.

Further, it should be understood that plaintiffs don’t receive the full amount they are awarded. Approximately one-third or so will go to their attorneys. This sounds like a lot, but you have to consider that these cases are brought on a contingency fee basis. That means attorneys aren’t paid anything up front and they don’t get paid at all if they don’t win. It’s a huge risk, and many invest years and hundreds of thousands of dollars of their firm’s own resources fighting on their client’s behalf. In most cases, without a contingency fee arrangement, most mesothelioma lawsuit plaintiffs would not have access to quality legal representation, which means they’d never have a real shot of going toe-to-toe with these companies to win.

Recently, The Huffington Post published an article that detailed some of the costs associated with the illness of mesothelioma itself. It was written by a woman who was diagnosed with mesothelioma years after being exposed to the fibers from her father’s work clothes when she was a child.

She explains that one of the things she lost was wages. But it was more than just not being able to work. It was being forced to give up a career she loved. She worked her way up from stylist to top-level stylist to part owner of a salon with loyal customers and work she found fulfilling. She was forced to sell her portion of the company and has suffered a huge financial blow in terms of lost income and future earnings.

Beyond that, she recently underwent an intensive round of chemotherapy, spent 18 days hospitalized and spent another three months in recovery. She has been virtually bedridden. A surgery she underwent cost $250,000. Her hospital stay was $300,000. Radiation treatments were $20,000. One chemotherapy drug alone was $10,000. Each chemotherapy treatment was $25,000.

Even with insurance, she paid a significant portion out-of-pocket.

Worse, her diagnosis was handed down when her baby girl was just three months old. The first year of the girl’s life was spent with her mother hospitalized or recovering from surgery. She missed six months of her daughter’s life as she was thousands of miles away fighting for her own. Even now, she knows this is a terminal illness. She mourns the “parent I could have been.”

She also suffers from post-traumatic stress disorder (PTSD) and anxiety she describes as “crippling.”

“Money can’t buy peace of mind,” she explained, “Or a cure for an incurable cancer.”

Mesothelioma Awareness is About People, Not Payments, July 7, 2016, By Heather Von St. James, The Huffington Post