A mesothelioma lawsuit by a female plaintiff was recently moved to federal court, following her death two months ago. 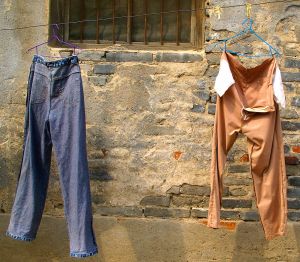 Our Boston mesothelioma attorneys understand that the plaintiff alleged that her exposure came from numerous sources, including secondary exposure to her husband’s work clothing and materials from when he worked at two different power plants in the early to mid-1950s. Dust kicked up during a home renovation project was also blamed.

A number of the defendants who were previously named in this particular complaint have already settled.

Although the plaintiff had lived in Florida since 1970, where she died recently in Hospice soon after her mesothelioma diagnosis, the complaint was originally filed in West Virginia because that is where the asbestos exposure is alleged to have taken place.

Part of what is particularly interesting about this case is that it involves a female. This is not something we tend to hear a lot about, and yet women make up a significant portion of mesothelioma victims.

The fact is that while hundreds of thousands of industrial workers, military servicemen and tradesmen were being exposed daily to toxic asbestos fibers, so too where their wives and children. Even though they may not have worked directly with the fiber on a job site, asbestos covered the clothing that the men wore home. When the women began to wash those uniforms, they too were exposed – and it has proven no less deadly.

The other aspect of this case that makes it of special interest is that it highlights the hazards of home renovations. This is key because it’s a danger that continues today, even though asbestos isn’t nearly as widely used in products as it once was. Home renovation projects in structures that contain asbestos are a huge risk because while material left alone may pose little risk, asbestos that is disturbed becomes a major health hazard.

In fact, Massachusetts state law requires homeowners to know whether asbestos is in a structure that is going to be renovated. If present, it must be properly sealed or removed by an experienced abatement team.

Up until the 1970s and 1980s, homeowners might not have realized such extra precaution was necessary. Additionally, so many construction products continued to be made with the material that if the homeowner was carrying out a DIY project, he or she might have endured even more exposure to the deadly fibers.

For homeowners contemplating a renovation, the Environmental Protection Agency warns that you typically can’t tell whether a material contains asbestos just by looking at it. You may want to have a home inspection to be assured of no asbestos, prior to beginning the work or after your home has suffered some type of serious damage.