New England is a historic place — perhaps one of the most historic in our country. With our colonial-era buildings and national treasures, it is a favorite for tourists.

But with the older buildings come inherent problems with asbestos exposure in New England. Asbestos was used in many old warehouses, factories as well as in construction of homes and offices for decades and decades. 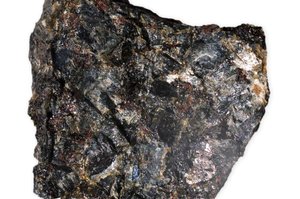 Most estimate that asbestos was used heavily in construction from around 1900 until 1990, when production was finally stopped. That was decades after research first began into why people who were exposed to this natural mineral were becoming sick and dying.

Our New England mesothelioma lawyers believe researchers have made great strides in their efforts to identify the problems with asbestos and keep the public informed about the illnesses. Government agencies have also done work in this area, by regulating the removal of asbestos.

Even non-historic buildings have faced problems with asbestos. It is an issue that all six New England states have had to deal with.

In Maine last summer, OSHA officials shut down a demolition site after it was revealed that workers were being exposed to asbestos found on the site. According to the Daily Bulldog, the company had been doing work on the site for months before officials took air samples on the 235,000 square foot complex and tested them.

They returned after samples were tested and told officials that they had to stop the project of demolishing the old mill. The newspaper also reported that a police officer and firefighters that responded to a fire there were also put at risk of asbestos exposure after welders cutting pipes created sparks that caused a blaze.

The Connecticut Post recently reported that officials are looking at spending $40 million to implement thermochemical conversion, which would neutralize asbestos waste on the site of a former automobile parts plant that operated from 1919 to 1989. Environmental groups, however, are fighting the efforts, imploring the EPA to determine whether this technology could potentially contaminate the neighborhood around the site.

The technology is designed to heat asbestos to destroy the atoms that make it up and product clean fill. Officials are still trying to figure out whether this would be a safe way to dispose of the waste.

In Pittsfield, a group is attempting to stop the city from razing a community center, using the court system to fight. Those who want to demolish the building believe it is unsafe, in part because there has been asbestos found throughout the structure.

But a contractor has been hired to remove asbestos-contaminated materials. A donor recently dedicated $100,000 to fix the building, which was burned badly in a 2007 fire.

Many older buildings in New England were built with asbestos, which can lead to a diagnosis of mesothelioma, a deadly and incurable form of cancer. Asbestos exposure is a serious problem and those living or working in buildings made with it should be aware of the negative affects. Building owners should be doing a more thorough job to remove this hazardous toxin.