There is a widespread misconception that we don’t use asbestos in the U.S. anymore because we know how dangerous it is. 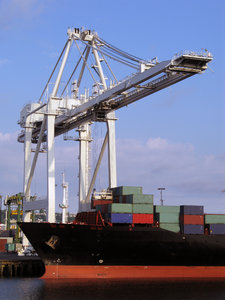 We know that exposure can be fatal. We know that hundreds of companies have been made to pay billions due to litigation proving they knowingly exposed employees and consumers to the material because it was cheaper than to protect them from it.

And yet, our Boston mesothelioma lawyers know that not only do we continue to use asbestos in this country, the U.S. Geological Survey now reports that our consumption of asbestos increased by a whopping 13 percent from 2010 to 2011.

Asbestos has never been outlawed in the U.S., despite repeated efforts, although it has not been mined here since 2002. For the most part, any asbestos that is used is imported.

Researchers indicated that the increase of the product most likely went to “stocks for future use,” as it was unlikely the market had expanded much in a single year.

Of the industries using the materials, the USGS broke down the consumption by industry:

In addition to importing asbestos, the U.S. is also responsible for a small amount of exporting the material as well. As it is no longer actively mined, the material likely came from existing stock. Exports are down a few metric tons from 2010 to 2011, but the value of the material actually rose. In fact, the U.S. exported and re-exported nearly $30 million worth of asbestos in 2011. The leading destination for those products? The United Kingdom, followed by Korea, Mexico and Canada, respectively. This, despite the fact that the U.K. actually banned use of the substance back in 1999. The USGS figured that those asbestos shipments may have been re-exported elsewhere, though we don’t have track of where it ultimately went.

The USGS estimates that asbestos imports and exports involving the U.S. are likely to decline over the next several years, as more and more companies replaces asbestos-containing products with those that are safer use.

The astonishing thing is why that hasn’t been done already.

We know that asbestos was named as a carcinogen way back in 1977 by the International Agency for Research on Cancer. We also know that more than 10,000 Americans die every single year as a result of years-ago exposure to asbestos.

Nothing has changed. Asbestos is still lethal. And it’s still legal.