Poor air quality has been a major concern for workers in many occupations for decades. In fact, the majority of mesothelioma cases stem from inadequate ventilation on job sites ranging from demolition to shipbuilding. Given what we know about the dangers of lacking ventilation – and the high damage awards companies have paid for failing to protect workers – one would think more companies would be taking it seriously. As it turns out, the need for vigilance remains.

According to a recent news article from Channel 3000, the U.S. Occupational Safety and Health Administration (OSHA) has just levied nearly $250,000 in fines after the agency concluded  workers on a nursing home renovation project were put in danger as a result of 13 safety violations.  The agency also found that of these 13 safety violations, four of them were willful, and the remaining nine were classified as being serious in nature. 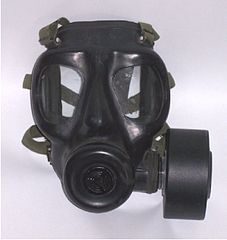 OSHA first became involved in the case when five workers became sick while on the job and were diagnosed with carbon monoxide exposure.  Carbon monoxide exposure can lead to asphyxiation, which causes brain damage and death in a relatively short amount of time depending on the oxygen level in the room at the time of exposure.As part of their investigation, OSHA set up air quality monitoring equipment and checked the ambient air for any toxic substances.  In addition to finding carbon monoxide levels well above acceptable limits, they also found that these workers were being exposed to deadly asbestos fibers.  The U.S. Environmental Protection Agency (EPA) has established very rigid standards and maximum safe levels when dealing asbestos, and OSHA found this employer was allegedly not in compliance with this maximum safe levels.

In addition to assessing fines, OSHA issues a mandate that the employer would be required to provide a separate room for any equipment contaminated with asbestos.  This is critical, because many of the asbestos exposure cases our Boston mesothelioma attorneys have seen over the years have been from deadly asbestos fibers being introduced into an environment by work being done by another.  For example, there have been many cases were factory workers were still doing their normal jobs while pipes covered in asbestos insulation were being cut over head.  Even if the pipe workers were wearing masks, the deadly asbestos fibers were literally raining down on unsuspecting workers below, and that resulted in them later developing malignant mesothelioma.

OSHA also informed this employer that it was required to create a decontamination area for workers who were directly involved with the asbestos.  This means that workers could remove their clothing and shower to remove any residual asbestos dust and get dressed without any significant risk of tracking the fibers with them as they left the asbestos containment area.

Another key violation was that workers were drinking beverages while being exposed to asbestos.  While most people are aware that inhaling asbestos fibers can lead to mesothelioma, they are not aware that drinking liquid or otherwise ingesting the deadly asbestos fibers can also lead to mesothelioma. The reason for this is because the cancer can form in areas other than the lungs, such as the lining of the stomach.  If that happens, it is called peritoneal asbestos.   Technically, mesothelioma can form in any part of the body that contains a protective layer of tissue known as mesothelium.  This is where mesothelioma gets it name. This mesothelium is found in most organs of the body.