Radiotherapy, or “radiation” as it often called by both patients and oncologists when speaking to the general public, is a common treatment option for patients with mesothelioma. Radiotherapy involves using a targeted beam of concentrated ionizing radiation aimed at the location of a malignant tumor. A modern radiotherapy machine uses laser guidance and special molds placed under the patient to determine the exact location to apply the beam. This is very important, because the ionizing radiation will kill any cells it encounters. It is not only effective against tumorous growth. Accidental exposure to healthy cells can be devastating to a patient’s health. 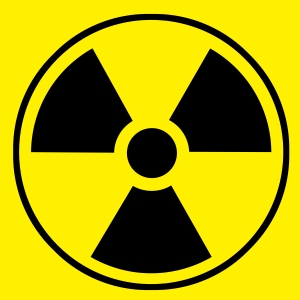 The specific manner in which radiation works is that it kills the DNA in any cell it interacts with, and this will result in death of the entire cell in a short amount of time. The procedure is effective but can and often does lead to serious side effects. While there is no pain at the time of the procedure, just as there isn’t during exposure to most types of radiation, side effects can linger for years and can include vomiting, nausea, heart disease, brain damage when using radiation of the brain, and even cancer.   Radiation can be used as primary treatment but is often used as secondary treatment after surgery or chemotherapy. This is the case in mesothelioma patients.

The new Phase Two multicenter study is fully randomized, was entitled SAKK 17/04 and involved patients with malignant pleural mesothelioma. All patients were treated with chemotherapy and surgery. Some patients were chosen at random to get radiotherapy as a secondary treatment and others did not receive radiotherapy following the other primary treatments.

Somewhat surprisingly, and contrary to the conventional wisdom, patients who did not have the radiotherapy survived an average of 21 months, whereas patients who received radiation survived an average of 19 months. The researchers said these study findings were “sobering.” The researchers also said that current treatment plans must be revised to remove the secondary radiotherapy treatment.   Not only isn’t it helping patients, it is actually harming them as compared to going without radiation.

Boston mesothelioma victims who decided to undergo treatment will hopefully be able to benefit from the study results. However, some groups feel that more studies are needed. This may create a medical ethics issue, in that if doctors know radiation will harm these patients, who can be given radiation as part of the test?