Soto v. BorgWarner Morse TEC, an appeal in the Court of Appeal for the State of California’s Second District, involved a plaintiff who died from asbestos-related mesothelioma. Several surviving family members of the Plaintiff, including plaintiff’s adult children and grandmother, filed the lawsuit against a variety of defendants the family alleged was responsible for plaintiff’s asbestos exposure and ultimate death from mesothelioma. The case proceeded to a bifurcated jury trial. 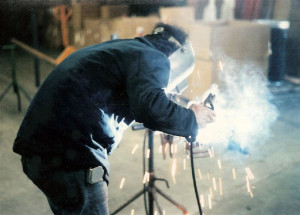 As our Boston mesothelioma lawyers can explain, a bifurcated trial means that a trial will take place in two separate phases. For example, in a negligence case, such as one based on mesothelioma, the jury will get to hear what is known as the liability phase first. During this phase of the trial, the jury will get to hear evidence and determine if defendant is liable for plaintiff’s injury. If they determine defendant is not liable, then the trial is over, and they do not have to get to the next phase. If the defendant is found negligently liable for plaintiff’s injuries, then the case proceeds to the next phase in the trial, which is known as the damages phase. In this phase, the jury determines how much money each defendant must pay to plaintiff.

In Soto, defendant made a partial motion to dismiss the case against them. One of the claims was a wrongful death claim, and this case was dismissed by the judge on grounds plaintiff did not satisfy a state law requirement. The rest of claims went to trial, and the jury determined defendant was liable for plaintiff’s mesothelioma, and, in regard to the defendant named in the appeal, the jury found it was 35 percent liable and was ordered to pay 35 percent of the total damages. The damage award included several million dollars in compensatory damages and over $32 million in punitive damages. Punitive damages are damages that go beyond compensating a plaintiff for actual loss and are designed to punish defendants and send a message that this type of willful and wanton disregard for the safety of others will not be tolerated by society.

The defendants appealed the high verdict, and, in replying to the appeal, plaintiff filed a cross-appeal to get the wrongful death claim reinstated. One of the reasons for plaintiffs to file a cross-appeal, even when they have already received a large verdict, is to gain leverage against defendant in hopes of settling the case. An appeal can take a long period of time, and often times the parties will enter into a voluntary settlement.

Ultimately, the court found plaintiff was entitled to the millions of dollars in pain and suffering and other non-economic damages, but plaintiff was not entitled to the punitive damages, because there was not enough evidence submitted to the jury during trial that would support a finding of punitive damages. It should be noted, this applied to damages against this particular defendant, but not necessarily others.

The problem with the punitive damages against named defendant was that much of the argument presented to jury about their extreme and outrageous behavior was made during closing argument and was not supported by evidence. As a general rule, closing arguments can only summarize facts already in evidence.