In 2016 it is safe to say that most adults are generally aware of what asbestos is and how it can lead to malignant mesothelioma.  This was not always the case.  In fact, even back 2,000 years ago, when asbestos was first used by humans, there were those who knew it was causing serious illness.  While they had no idea of how the cancer worked or spread, there have been documents recovered that show people becoming sick and dying after being in contact with the deadly fibers. 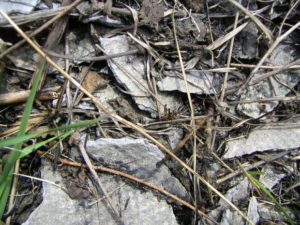 The reason asbestos was used back then is because it is a naturally-occurring substance that easy to get out of the earth unlike other minerals and is naturally resistance to heat, fire, caustic chemicals, and electricity.  However, it was during the industrial revolution in Western Europe and America that asbestos became heavily used in virtually every aspect of production.  At that time it was still being used for its natural insulation abilities, but the companies were becoming well aware of the dangers it posed to mine workers extracting the silica compound from the earth and to everyone involved in the production of asbestos products, and to those using the asbestos productions in residential and commercial construction.

The problem only got worse when those in the asbestos industry realized the true value of what was once considered a miracle product.  Asbestos fibers have an extraordinary ability to bind various chemicals together by forming strong bonds.  This made asbestos useful in products such as joint compound and dry wall, floor tiles, and a whole host of other construction materials. Not only were those in the asbestos industry well aware of the dangers they were causing, they took steps to hide this fact from the general public.

When there were reports of asbestos causing mesothelioma in the 1960s, companies made a concerted effort to ensure the public that asbestos was safe.  When this was no longer working, they began to market vermiculite as a safe alternative to asbestos.  They would even have descriptions like “asbestos free” on the packaging.  The problem is that vermiculite is not always asbestos free.  In fact, asbestos and vermiculite grow in the same geological conditions and environment and they are found together in the earth.  In other words, vermiculite is often mixed with asbestos.

As our Boston asbestos exposure injury attorneys have seen in far too many cases, when people became concerned about asbestos insulation, they turned to vermiculite insulation believing they were safe from the deadly fibers, when that couldn’t’ be farther from the truth.  A recent article from the Star Tribune, discusses how vermiculite insulation is much more dangerous than initially thought.  This is especially true since it is often in a loose form that makes it much more likely that the deadly microscopic fibers will be released into the air.

Asbestos alert! Vermiculite insulation is worse than I thought, May 1, 2016, Star Tribune, By Rueben Saltzman