If you own a home anywhere in the country and are planning on doing major renovations or demolition, and you know or have reason to know that your home contains asbestos, you simply can’t go it alone.  There are laws and regulations that must be followed to keep any workers and the community in general safe from the deadly asbestos fibers.

According to a recent news article from KATU 2, a couple was just fined $21,600 for allowing an unlicensed contractor to remove some asbestos from their home.  The local environmental protection agency has issued the fine against this couple. END_OF_DOCUMENT_TOKEN_TO_BE_REPLACED

In In re: New York City Asbestos Litigation, a mesothelioma case from the New York Court of Appeals, court records indicate defendant sold valves to the U.S. Navy.  These valves were designed to be used under high pressure and in high heat situations aboard naval ships.  The valves themselves did not actually contain asbestos or any other hazardous materials.

However, these valves would not work properly under the expected conditions unless a gasket was used along with the valve as well as insulation and a packing material for the valve stem.  These gaskets and insulation were made from asbestos, and the instructions that came with valves called for the use of this asbestos material. END_OF_DOCUMENT_TOKEN_TO_BE_REPLACED

A number of public health officials are pushing for the Environmental Protection Agency to put asbestos at the top of their list of regulatory priorities. However, Bloomberg reports those in the pool chemical industry are concerned about this. That’s because chlorine, caustic soda and other chemicals manufactured in this industry use asbestos. In fact, the U.S. Geological Survey lists the chlor-alkali industry as the No. 1 importer of asbestos in its yearly mineral commodity summary. The chlorine industry’s use of asbestos accounts for 90 percent of the 358 tons of asbestos imported into the country last year, according to the survey’s most recent report.

While many people think of asbestos as a man-made product, it is actually a naturally occurring substance made up of a combination of silica elements.  It forms in the ground like other minerals and has been used by humans for thousands of years. 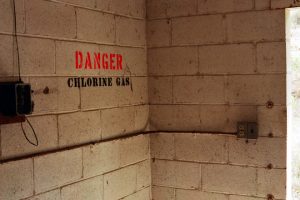 However, it was during the 1800s in the industrial revolution that it became heavily used, and, by the 1970s, when the asbestos ban went into effect, asbestos was used in just about every residential, commercial, and industrial construction project in much of the world. There are various reasons that asbestos was used so heavily. END_OF_DOCUMENT_TOKEN_TO_BE_REPLACED

According to a recent news feature from the Washington City Paper, a 59-year-old man has just pleaded to asbestos related violations of the federal Clean Air Act involving an historic home that many consider to be one of our nation’s architectural treasures.

This residence in question is located in the Capitol Hill neighborhood of Washington, DC.  It was known as the Friendship House and was purchased by Francis Scott Key shortly after he wrote “The Star Spangled Banner.”  Following Key’s ownership of the Friendship House, it became the site of a not-for-profit organization and was used as such for nearly a century. END_OF_DOCUMENT_TOKEN_TO_BE_REPLACED

There is no denying the space program in the United States is not like it once was.  The shuttle program ended years ago, and neither NASA nor the U.S. government currently have any ability to send manned rockets into space.  For any manned space flights, NASA must rely on Russia’s space agency to take astronauts to the International Space Station (ISS) using their aging Soyuz rockets.  While it is true that without the shuttle program, ISS could never have been built, the remaining shuttles have had their engines removed and were sent to museums for permanent display.   There are three remaining shuttles which are the Atlantis, Discovery, and Endeavor, which are now all tourist attractions.

This is not to say there will never be manned space program, as a Mars mission capable rocket is currently being developed, and two private companies are handling unmanned space flight for the time being. END_OF_DOCUMENT_TOKEN_TO_BE_REPLACED

R.J. Reynolds Tobacco Co. v. Stidham involved plaintiffs who were diagnosed with lung cancer that attempted to join a single lawsuit against the tobacco companies and the producers of asbestos and asbestos products. These plaintiffs asserted that their cancers were the result of both exposures to deadly asbestos fibers as well from years of tobacco smoking. 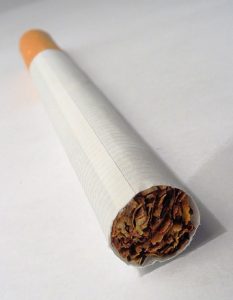 This is not the first time that plaintiffs sued both the cigarette manufacturers and the asbestos companies together, but in this case, there were procedural challenges.  In this jurisdiction, asbestos cases are tried on a special asbestos docket. END_OF_DOCUMENT_TOKEN_TO_BE_REPLACED

As you may have heard, last month President Barack Obama signed a bill into law that allows the United States Environmental Protection Agency (EPA) to more easily ban toxic substances, including deadly asbestos fibers. This bill was one of the few bills in recent history that received bipartisan support.

While many people think asbestos was banned in the late 1970s, what they may not realize is that the EPA’s ban was overturned a few years later by the U.S. Supreme Court on grounds that this type of ban could not be accomplished exclusively by an executive agency without the support of Congress.  This is not to say that it was unconstitutional to ban asbestos, but rather the way in which it was done was the problem. END_OF_DOCUMENT_TOKEN_TO_BE_REPLACED

The highest court in the State of New York has just upheld a $3 million verdict, according to a recent news article from The Buffalo News.  In this case, a former employee who worked as a pipe fitter for General Motors Company at one of their engine plants had died in 2011 when he was 77-years-old.  This was before the verdict was ultimately upheld by the New York Court of Appeals. Once the plaintiff had died, his surviving spouse continued the lawsuit in his name, as is often the case due the deadly nature of mesothelioma. 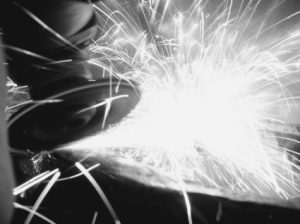 He actually died just three months before the jury returned a verdict finding several named defendants failed to adequately warn him of the risks of asbestos. Jurors awarded him $3 million in damages, which will now go to his legal heirs, including his surviving spouse and children. END_OF_DOCUMENT_TOKEN_TO_BE_REPLACED 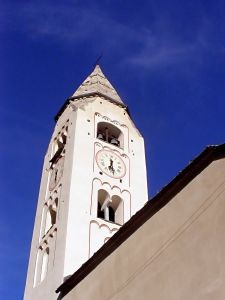 The plan that was ultimately approved was drafted by a licensed asbestos abatement firm in Boston.  The need for this shutdown, or freeze as they called it, came as result of concerns that asbestos was being removed or otherwise handled in an unsafe manner. END_OF_DOCUMENT_TOKEN_TO_BE_REPLACED 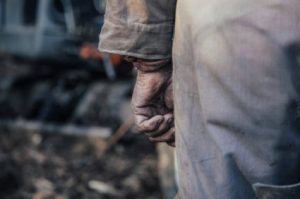 The ruling was issued at the behest of a federal court which is handling a case in which a woman in Pennsylvania filed a lawsuit against a ceramics company where her husband and roommate were once employed. Plaintiff alleges she suffered severe illness in the form of chronic beryllium disease. It’s a condition that affects the lungs, and similar to mesothelioma, it’s caused by breathing in tiny toxic fibers and particles that are routinely found in industrial factories and other facilities.  END_OF_DOCUMENT_TOKEN_TO_BE_REPLACED